The effects of SAD on students 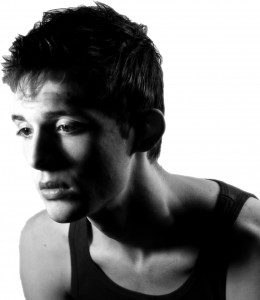 It’s 7 a.m. on Monday morning. The sky is still dark, the air is cold, the fog is low and the rain is pouring down. Welcome to winter in Vancouver.

Life seems miserable and pointless and all I want to do is roll over and go back to bed. There’s an emptiness in the pit of my stomach that seems to grow larger with each gloomy day. It’s only November. By January I’ll be a dysfunctional wreck. From what I know of the disorder, I have a feeling I may be suffering from SAD.

Seasonal Affective Disorder (a.k.a. SAD) is a mood disorder that affects many people in otherwise good mental health. A type of clinical depression, SAD wreaks havoc on the emotional health of its victims. But unlike common depression, SAD comes but once a year and affects only those who internalize the gloominess of long, dark winters. Unfortunately, living in Canada means we endure much longer, darker winters than most of the world, which leaves us with a lot of SAD people all through this supposedly joyful season.

According to UBC Hospital’s Mood Disorder Clinic, approximately 2 to 3 per cent of Canadians suffer from SAD during the winter months, typically from November to March: That’s about 600,000 Canadians who dread the onset of winter each year. But according to Dr. Raymond Lam, medical director of UBC’s Mood Disorder centre, that’s not even the half of it.

“There’s a spectrum,” says Dr. Lam. “Just like any other form of depression, there are milder versions and then there are extremes. People with SAD are on the extreme end of the spectrum. What’s commonly known as the winter blues (or blahs) is a milder form of the disorder.”

Lam says an added 15 per cent of the population typically suffers from run-of-the-mill winter doldrums. So altogether more than one fifth of Canada feels less than festive during the cold winter months. I’m just one in a sea of miserable fish.

What’s worse, like any form of depression, not only does SAD take its toll on your mood, it also affects your physical habits and health. While typical depression is usually associated with insomnia and loss of appetite, SAD seems to induce the opposite, causing sufferers to oversleep and eat more carbs, which pack on pounds faster than most other food groups. So soon I’ll be just one in a sea of miserable, fat, lazy fish.

Dr. Lam assures me that there is hope. “There are options available. Light therapy boxes are quite popular and cognitive behavioural therapy has been proven to work in some cases,” he says.

I’ve heard about these light boxes, and like many of my seasonally disconsolate friends, I have considered tanning in the winter to get the light and vitamin D I’m lacking in the dark months.

“Big no,” says Dr. Lam. “There may be a psychological benefit to tanning, but light does not affect skin exposure. It only works through the eyes…[and SAD] is not likely to be [caused by] a vitamin D deficiency, which we find in the sun’s UV rays…Light therapy boxes have UV rays removed.”

So now I’m one in a sea of miserable, fat, lazy, pasty-white fish. Thankfully, after speaking with Dr. Lam I am pretty sure I do not have full-blown SAD. I’ve most likely got the winter blues and it shouldn’t take much more than a little rum and eggnog to lift my spirits. But for others, no amount of holiday cheer can help suppress the sadness. Aside from seeking some form of therapy, they’ll just have to wait until next spring when the sun returns and the darkness fades to light.

If you think you may suffer from Seasonal Affective Disorder, visit  www.ubcsad.ca” www.ubcsad.ca for information on the disorder and the treatments available. Light devices are also widely available without a prescription at most London Drugs and medical supply shops.