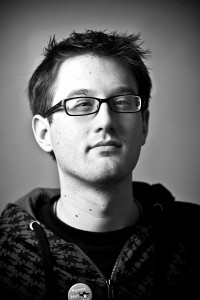 While a favourite pasttime of students is to complain about the rising cost of tuition, two students at the University of British Columbia’s student association, the Alma Mater Society (AMS), decided to take action.

AMS President Blake Frederick and AMS Vice President External Tim Chu, on behalf of the students of UBC, filed a complaint on November 25 with the United Nations.

The complaint, which was directed to the Office of the High Commissioner for Human Rights, argued that the Canadian and B.C. government has violated a human rights treaty by not ensuring that education is accessible to everyone.
The inaccessibility is based on the notion that both governments have failed to remove the finical barriers that stop students from receiving a university education.

In an interview with the Georgia Straight, Frederick commented that “there are a vast range of stories of a number of students who because of these barriers have faced significant challenges just trying to attain an education. We believe that it is not appropriate for students to be denied education, and that’s why have filed the complaint.”

The complaint argues that Canada is violating Article 13 of the 1976 International Covenant of Economic, Social and Cultural rights which states: “Higher education shall be made equally accessible to all, on the basis of capacity, by every appropriate means, and in particular by the progressive introduction of free education.”

Despite the motives of Frederick and Chu, many students quickly became outraged at the complaint, especially since the complaint was filed without the approval of the council.  In an emergency council meeting on Nov. 28, the AMS student council unanimously recalled the complaint and made a motion calling for the resignation of both Frederick and Chu, reported UBC’s student newspaper, the Ubyssey.
In a written response on the Ubyssey’s website, Frederick and Chu commented, “we filed the complaint without approval from AMS Council because we cannot continue to sit idly and break our promise to students by not standing up for their right to education.”
During the packed AMS Council on Dec. 2, several students called for the resignation of both Frederick and Chu.
One student passionately stated that the actions over the last few weeks have “done extreme damage to the name of the AMS and I don’t believe this should continue.”

Reactions were mixed on both sides, with one student commenting if the damage that was done was “debatable as it depends on what one’s opinion of what is proper ethical action,” and by calling for their resignation “would damage the credential of the AMS and UBC as a space for democratic debate.”

On Dec. 7, council will resume debate on the recall of Frederick and Chu. However, Frederick isn’t going down without a fight.
Accordin3g to an article on the Georgia Straight published on Dec. 3, Frederick “hasn’t ruled out taking legal action to stop the society’s council from removing him from office.”