Should you fake it? 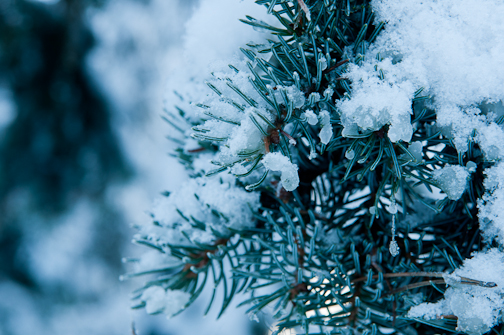 When it comes to celebrating the holidays, the most pivotal decoration is undoubtedly your living room’s crowning glory, the Christmas tree. While some traditionalists may make the annual pilgrimage to the local tree farm, others may bust out the old faithful plastic tree. Out of sheer laziness, I fall into the latter category and have become a long-time loyal fan of my artificial tree. I was curious to see how it stacked up environmentally with the traditional trees.

Most artificial trees are composed of PVC plastic. The fact that they are oil-based doesn’t exactly ease our obsessive dependence on oil; additionally, artificial trees don’t biodegrade in landfills. The average life-span is around 7-8 years; so long after my family retires our mangy-looking artificial tree, it’ll still be hanging around for thousands of years. Artificial trees are also environmentally unconscious jetsetters; the number one manufacturer of artificial trees is China. That translates into a lot of air miles for exporting, not to mention the amount of carbon emissions. A roundtrip alone from China to B.C generates about 1,195 kg of carbon dioxide.

By comparison, there are 450 tree farms in B.C., which averages to about one farm per 2,100 square kilometres (Starbucks must be envious). So long as you don’t drive your gas-guzzling SUV, your Sunday ride to the tree farm generates considerably less carbon dioxide than an artificial tree’s voyage from China. Real trees also filter carbon dioxide from the air and according to Paul Richard, an instructor in Kwantlen’s Environmental Protection Technology Program, “since they take a few years to grow, [real trees] protect the soil from the erosion that would happen in, say, a corn field, and they allow the soil to accumulate some organic matter and beneficial fauna like earthworms.” In lieu of being tossed in the closest trash can, trees can also be recycled. Recycled trees are often chipped into landscaping mulch, a popular ground covering for playgrounds and gardens.

Despite the considerable environmental pluses, farmed trees are often laden with toxic herbicides. Richard noted that “Herbicides are poisonous to native plants, by definition, but not necessarily to all. Likewise, pesticides, insecticides in particular, that leach into waterways harm fish, killing them in large amounts.” Another alarming prospect Richard explained was that “there is less monitoring [of pesticide use] than for food crops, since people are less likely to be exposed to residue.”
While trigger-happy pesticide use is a less than eco-friendly feature, Richard remarked that “even non-organic farming of trees is usually beneficial for the environment, including Christmas trees, at least compared to industrial agriculture.”

Either that or buy a potted cactus and infuse it with pine-scented perfume.

No one will notice the difference, trust me.