Members of the KSA get their birthdays celebrated at random, leaving others’ birthdays to pass by unrecognized.

On Dec. 15, Shanal Prasad, director of finance for the Kwantlen Student Association, took to his facebook page to let hundreds know that “the KSA spends thousands a year buying cakes and celebrating people’s birthdays within the KSA.” Though it seems a hefty number, Prasad claims that KSA general manager Desmond Rodenbour’s take on the issue is that, like any other organization, expenses like birthday cakes are included under HR funding. 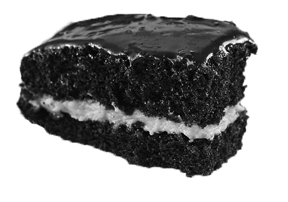 When it comes to pointing fingers, Prasad and Brad Head, director of academics at the KSA, are pointing in the same direction: to the door of the general manager.

According to the two directors, Rodenbour has shown no initiative to put a fair system in place to ensure that everyone gets equally recognized.

“It’s the GM’s job to make sure these things happen and he’s shown no initiative,” says Prasad. “He makes it sound really difficult to have a list of everybody’s birthday each month and then having a cake and a card signed by people. Apparently it’s way too difficult and it’ll take up too much time so what we’re going to keep doing is the wrong thing: complain about how hard it is to make a list of all the birthdays by month.”

“Which they already have,” adds Head.

Head purports that it’s not just cake that’s hurting staff morale, but a general lack of recognition within the organization.

“It’s not a matter of getting anything” he says. “It’s a matter of being recognized, which the KSA doesn’t do a very good job of. It’s as simple as saying ‘Happy birthday’, ‘Good job with the campaign’, ‘Congratulations on getting this done’. You don’t need to be spending hundreds and hundreds of dollars of student money.”