Between catastrophic oil spills and icelandic volcanic eruptions, 2010 was a big year. The world came together this year, whether in its shared annoyance of Vuvuzela, or the collective celebration after the rescue of the Chilean miners. But the big news of the day wasn’t just reserved for the international press, our very own institute of higher learning also experienced many newsworthy events. This is the Runner’s list of top Kwantlen news stories of 2010: 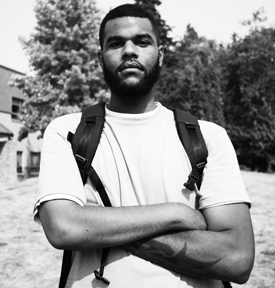 1 Controversy around free speech at Kwantlen:

On July 28, criminology student Emery Warner was escorted off campus. Warner was handing out pamphlets that highlighted the controversies surrounding Sodexo, the new food service provider that took over for Chartwells. While Jody Gordon, vice-president of student affairs, stated Warner was removed because he was unwilling to identify himself, Warner stated “it was very clear that my right to freedom of speech was violated.”

2 Kwantlen gets in the Olympic:

Whether as a sponsor, or donating the Richmond parking lot, or shutting down classes, Kwantlen was all about the Winter Olympics.

This was a great year for juicy gossip from the KSA. Externally, fingers were pointed between the former director of external affairs, Derek Robertson, and the CFS-BC. The infighting was as dramatic as a Korean soap-opera. Meeting minutes were not posted for several months as council was not able to reach quorum due to a lack of attendance. This lack of attendance was a result of infighting over an impromptu switch in executive council chair. Not to mention the issues over birthday cake. This isn’t to say that the KSA is not hard at work, that’s to be decided by the student body who pay for their services. But, in regards to good gossip, this was a good year. 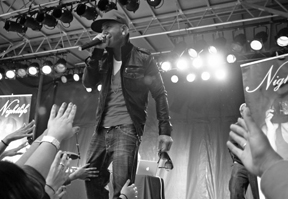 Cram Jam has a bad reputation. It’s usually under attended, over budget, and doesn’t really resonate with Kwantlen students. In 2008 alone, the Kwantlen Student Association (KSA) lost $50,000 on a failed concert at the Cloverdale Agriplex with headliners Daniel Wesley and Sloan. Yet this year, CramJam finally turned around. The event was held on campus. It took place during Welcome Week where crowds of students would be ensured. And it was scaled-down to fit Kwantlen. See KSA, take a hint from Goldie Locks, Kwantlen students don’t want our events to be too big or too small, it needs to be ‘just right.’

5 Charge it! Not anymore:

As of Aug. 3, Kwantlen stopped accepting payments for tuition by credit card. This caused an uproar among students as many replied on that little extra cushion from their credit cards to get them through. Kwantlen defended the change in policy by stating, “the change is aimed at reducing operational costs without cutting services or programs for students.

6 Kwantlen gets a facelift: 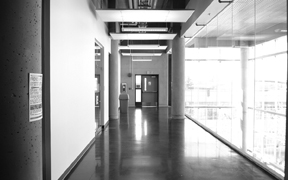 Students heads would have to be firmly placed in their books to not notice the constant changes taking place across our campuses. Whether it was the new sports field, renovations and the new office of the president on Langley campus, the constant changes to the inside of the library, the renaming of buildings on Surrey campus, the grand opening of the aboriginal centre, and the upgrades to Fir building, the list seems to go on and on.  According to a capital projects summary released in 2009, Kwantlen expects that it will spend $46 million on building improvements, so we can expect to see “under construction signs” for some time to come.

The women’s team followed up winning the 2009 BCCAA Provincial Championship by winning the 2010 champship, which was hosted by Kwantlen. The Eagles didn’t clinch the first-round bye and had to play three games in three days and didn’t concede one goal. Coach Gordon Smith ended his first year in charge by finishing fifth at the CCAA National Championship.

9 It’s all about the Benjamins:

While many post-secondary institutions decried the decrease in funding from both the government and from private donations this year, Kwantlen couldn’t help but rake in the cash this year. The university received several donations for the purpose of setting up endowments including a $10,000 contribution from the South Asian Business Association of B.C. (SABA), and $34,000 contribution from Concord Pacific Harmony Trust Two. However, Kwantlen received its largest donation to-date from forestry mogul, Irving K. Barber.  The 2.5 million donation is to be used to help students, like Barber, who dropped out of high school in grade 11 and might not have access to a post-secondary education.

10 Double-Double and a donut a go:

After much delay and controversy surrounding Tim Hortons, the Canadian coffee franchise finally opened at the beginning of the fall semester.