Guatemala is a country some people have a very hard time getting their head around.

Just mentioning the country’s name spurs up imagines of a long and bloody civil war, mass graves, genocide, and violent drug gangs. Sadly, Guatemala is so much more than its reputation suggests.

I recently spent time in the northeastern region of the country Petén and saw a country rich in culture, history and natural beauty. It seemed anything but violent. 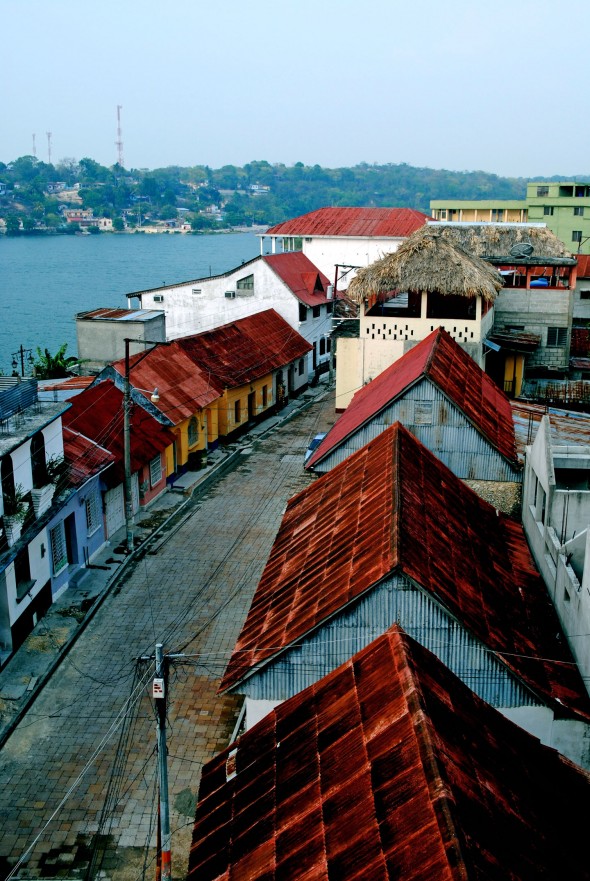 Petén is the largest department in Guatemala; it’s home to hot humid jungles, a variety of rare and endangered wildlife and impressive Mayan ruins – some of them almost untouched.

My fellow travelers and I spent roughly a week exploring the area around Lago Petén Itzá, one of Guatemala’s largest lakes.

Lago Petén Itzá is roughly an hour and a half from the Guatemala-Belize border and has a number of notable settlements along its shores.

Flores is the main reason we decided to visit this region of Guatemala. The city is situated on an island on Lago Petén Itzá and is built in traditional Central American style – colourful and simple.

Flores is connected to the mainland city of Santa Elena by a paved causeway, which makes it easy to come and go. Alternatively, small boats, chartered at fair prices, leave Flores to service other regions of the lake.

The city is a reasonable tourist haven –– by Guatemalan standards, anyway –– and offers a variety of different accommodation options ranging from budget to luxury.

There was visible police presence in the city, even though by all accounts Flores is very safe.

Flores is impressive in almost every way imaginable: welcoming people, affordable accommodations, cheap food and drinks, docks to swim from, and beautiful scenery put it in the running for one of the nicest cities I have ever visited.

The nicest thing about the city is if you get bored, you are no more than a short drive or ferry ride from the next town.

From Flores it’s easy to flag down a tuk-tuk, sometimes called an auto rickshaw, and visit the vibrant local market in Santa Elena, just a five minute drive from our hostel along the waterfront of the island.

Santa Elena, which lies across the causeway from Flores, is considerably larger than its island neighbour.

The locals market in Santa Elena is a cultural experience like no other, and the adventurous soul will feel rewarded wandering the narrow alleyways packed with vendors selling used clothing, shoes, pots and pans, fruits, vegetables and fruits, tools, and other daily goods. This is not a tourist market; this is a place for the locals to buy products for their day-to-day lives.

Although Santa Elena is safe to explore during the day, locals will warn you against straying into the city after dark – it’s not safe, period. Caution should be exercised at all times. If you keep your wits about you, you should be fine.

Another option from Flores is to take an hour boat ride to the small, laid-back town of San Jose. This town is one of the more rewarding cultural experiences to be had in the region.

The majority of San Jose’s population still speak various dialects of Mayan which, to most people in Guatemala and elsewhere in the world, is considered a dead language. My companions and I were lucky enough to sit and share a unique Mayan tea with a Mayan woman. Of course, a translator was necessary.

Through the translator, we discussed a variety of topics with her: from the ancient Mayans to her life experiences in San Jose. These are the type of experiences that should compel people to travel – to learn about people’s different ways of life. 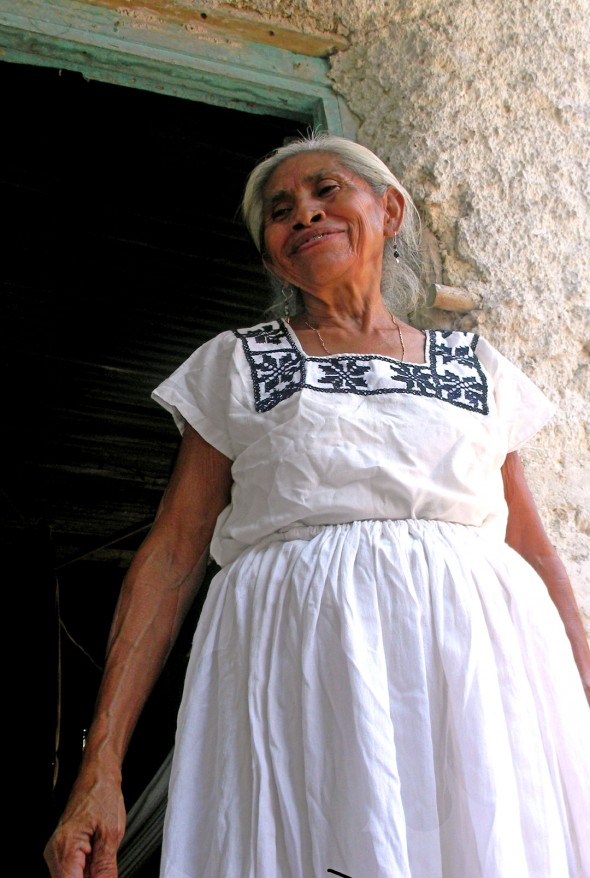 San Jose is far less touristy than Flores, so a trip there is essential if you’re in the area. The nice beaches make it worth a visit, even if you’re not overly adventurous.

The last town we visited on Lago Petén Itzá was the sleepy village of El Remate, the last stopping off point before Tikal.

El Remate is amazing simply because it’s quiet, calm, relaxed and scenic. Also, like Flores, the town offers lots of options for accommodation, from upper-end hotels along the water, to rustic backpacker hostels and guesthouses.

The town is situated on the lake, on a shallow bay of light blue water.  Along this section of the lake the water is hauntingly Caribbean-looking for a lake located so far from the ocean.

Across the water is Crocodile Mountain, named for it’s startling resemblance to a crocodile’s head and back. The distant hillside provides for amazing photos and is beautiful at sunset.

El Remate radiates relaxation, which is probably the reason we stayed there for so long.

The town is also full of small, reasonably priced, restaurants and a good amount of small shops selling everything from shot glass and key chains of Tikal, to beautiful wood and jade handicrafts made by local artists. Needless to say, most of my gift shopping happened here.

Most people simply pass through El Remate on their way to Tikal, and I can see why: there’s not a hell of a lot to do. But if you are looking for a good place to relax and unwind, El Remate is the place.

Just up the road from El Remate is the world famous Mayan ruins of Tikal.

Tikal was once a Mayan metropolis and it remains one of the largest urban centres of the pre-Columbian civilization.

It could take many days of exploration to see the whole site, but since we were on a time crunch, we decided to go in the late afternoon and watch the sunset over the ruins – which I highly recommend.

Many tour companies also offer sunrise tours that leave from Flores at around 4:30 am. 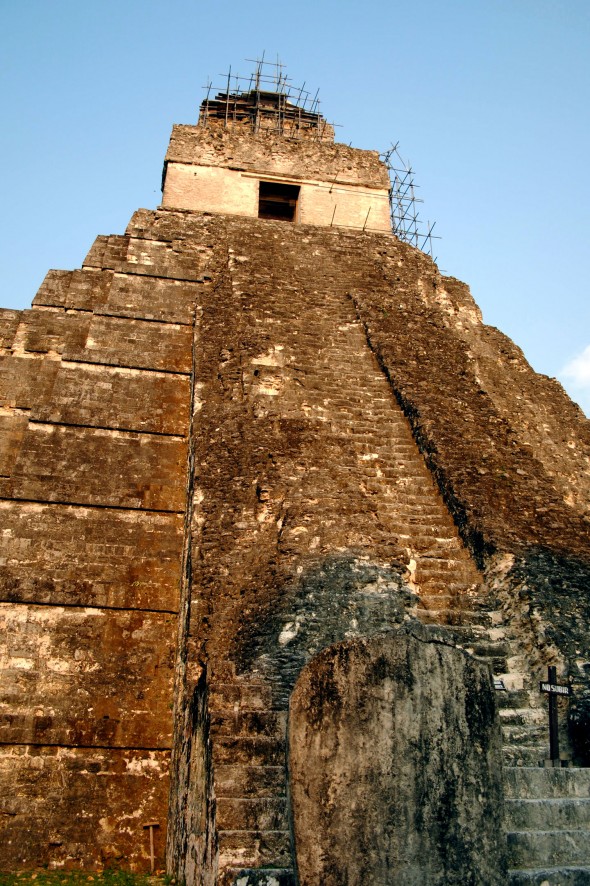 The pyramid at Tikal rivals other Mayan ruins for its beauty. Photo by Matthew Bossons.

Visiting Tikal is essential if you find yourself in Petén, as I consider it the most breathtaking Mayan ruins in Central America.

Tikal’s pyramids and temples were even more impressive then Coba, Chichen Itza, and Tulum –  the major Mayan ruins in Mexico.

Leaving Petén was a sad event, as I’ve learned is the case when you truly enjoy visiting somewhere.

The truth is I have a million reasons to go back.

Petén could take a life time to explore, with thousands of archeological sites, jungle treks, colourful birds, and countless other rarities to see it has something for almost everyone.

If you haven’t been – go. If you have, then you already know what I’m talking about.