The Kwantlen Student Association’s (KSA) director of operations resigned Thursday, according to an email sent to council members Aug. 13. 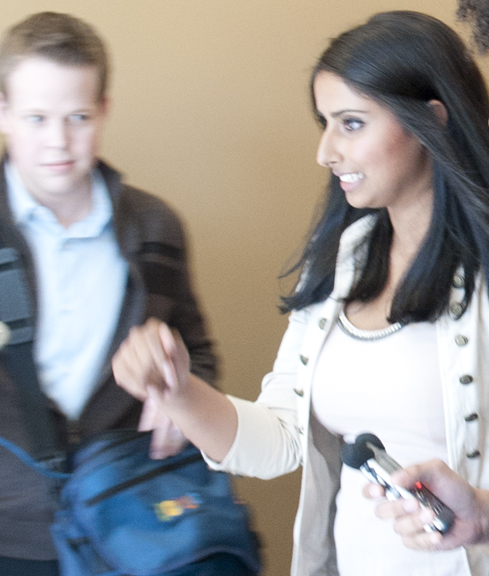 An email from the KSA’s president Harman “Sean Birdman” Bassi says Justine Franson’s resignation was effective immediately and that more information would be made available at the next KSA council meeting.

Franson has ignored repeated requests from The Runner to answer questions about her relationship with former KSA executive Aaron Singh Takhar.

Media reports have confirmed that Justine Franson is Takhar’s sister and that the current director of finance, Nina Sandhu, is his first cousin.

The announcement called Franson’s resignation  “a sad day for the KSA,” but made no mention of the alleged conflict-of-interest.

Franson, Sandhu and the KSA executive board put a hold on a civil lawsuit against Aaron Takhar and four other former members of the Reduce All Fees (RAF) party, the first day of their term, April 1.

Franson was assigned as the “sole liaison with KSA legal counsel” the same day.

The KSA filed the lawsuit in the B.C. Supreme Court in 2008 alleging that Takhar and his RAF slate misused more than $2 million in student fees to commit mismanagement and breach of fiduciary duty.

Neither Franson, nor Sandhu have responded to requests for comment.

Correction regarding Aaron Takhar: Incorrect information appeared on p. 4 of the August 16, 2011 paper issue of The Runner and August 15th online article.  The lawsuit by the Kwantlen Student Association against Aaron Takhar and others, commenced in 2008 and recently again in the news, does not include allegations of fraud or theft.  The allegations against Mr Takhar in the lawsuit are for wrongful financial transactions and breach of fiduciary duty.  The Runner retracts the incorrect references and apologizes for the error.