The Kwantlen Student Association’s (KSA) director of operations, Justine Franson, does not live at the address she provided in official documents, according to a resident of that house. 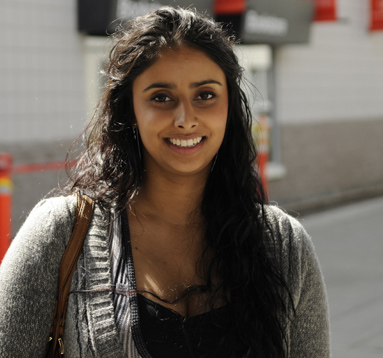 The names and addresses of directors of B.C. non-profit societies are required to be filed with the B.C. Corporate Registry.

A resident of the house, located in the Panorama Ridge neighbourhood of Surrey, identified himself as James. He said the property belongs to his parents and that Justine does not live there and has never lived there. He also said that Franson is his sister’s best friend.

“I don’t know why she would have put this as an address,” he said.

Justine Franson, the director of operations for the Kwantlen Student Association (KSA), and Nina Sandhu, the director of finance are members of the executive board that froze a KSA civil lawsuit on their very first day in office in April, 2011.

The KSA filed the civil lawsuit in the B.C. Supreme Court in 2008 against five former members of the Reduce All Fees (RAF) party, including the onetime director of finance, executive adviser and group leader, Aaron Takhar.

The Surrey Leader has confirmed that Justine Franson is the sister of former KSA executive Aaron Takhar, and that Nina Sandhu is his first cousin. Sandhu is also known as Nina Kaur and Balninna Sandhu.

When asked directly if she was Takhar’s sister, Franson refused to respond to The Runner and other media outlets as she left a KSA council meeting Wednesday afternoon.

Sandhu and the other three members of the KSA’s executive board have all declined to comment.

When The Runner visited a second house, listed in court documents as Aaron Takhar’s residence, Nina Sandhu answered the door. Sandhu retreated into the house to “put the dog away,” and never returned.

Several minutes later, a man The Runner has identified as Adam Franson came to the door. He said it was his house and initially said that Justine wasn’t there and that she was “out of the country,” then later claimed that she didn’t live there. He also explained that Nina and Justine were cousins.

“I don’t know what you’re digging at, but you’re not welcome here if you’re trying to find some shit out,” said Adam Franson. “This is my house.”

According to 2011 B.C. Assessment records, that house is owned by Alamjit Takhar and Kuldip Takhar.