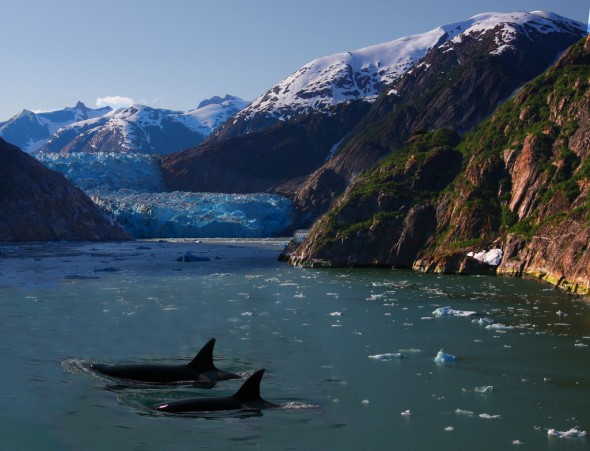 Parneet Gandhi, Mike Ferko, John Currie and Yvonne Iam are helping promote a petition for Patrica Houlihan’s environmental law class. The petition is to be presented to the Department of Fisheries and Oceans (DFO), who the students claim, “refuses to adequately protect their [killer whales] critical habitat.”

The group is doing their work in support of Ecojustice, one of the main groups challenging the DFO.

“The Southern Resident killer whale population is listed as endangered and the Northern Resident killer whale population is listed as a threatened species, but both of their habitats are still faced with increasing chemical pollution, physical disturbances, and declining food resources of salmon stocks,” according to a press release from the students. “Industrial activities and military sonar exercises also pose serious threats to their survival”

According to the EPT students, the DFO has declared that killer whale habitat is already adequately protected by previously existing policies.

“We will be sending our petition to the Minister of Fisheries and Oceans, Keith Asfield, and the Minister of Environment, Peter Kent, to ask them to adequately protect the killer whale habitat,” said Gandhi. “This includes enough Chinook salmon for them to eat, a quiet enough environment for them to hunt using echolocation and clean water.”