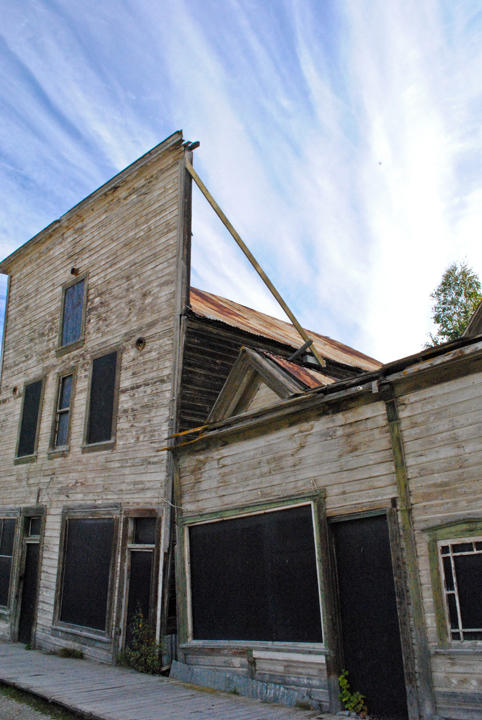 Building on permafrost is risky business, sometimes sinking buildings is the result. (Matt Bossons / The Runner)

Dawson City is a living museum. I felt like I had gotten out of a time machine when I exited my father’s truck.

The town looks exactly like you would picture an old western town, but it’s still going. And better yet, it hasn’t been made into a tourist attraction like Barkerville further south in British Columbia. Mind you, there are tourists – they just aren’t the only people there, some people still call this time-capsule home.

There is no shortage of things to do in Dawson City. You can visit Diamond Tooth Gerties, a relic of a casino with a great nightly show. Or, if that’s not your thing, you can walk through the wonderfully preserved artifacts and displays at the Dawson City Museum.

If you are feeling really adventurous, which I was, you can try your stomach with the Sourtoe Cocktail. The drink is a local legend and a traveler classic. Try the pickled toe with a shot of Yukon Jack, it’s tasty as hell.

Other enjoyable attractions include the Dredge #4, an old mining machine that’s the size of a small apartment building, the S.S. Keno paddle wheeler, which is a national historic site and the paddle wheel grave yard across the river from the downtown.

Also if you have time ride the free George Black Ferry from the downtown of Dawson City to the other side of the river, even if you have no business there it’s totally worth it. 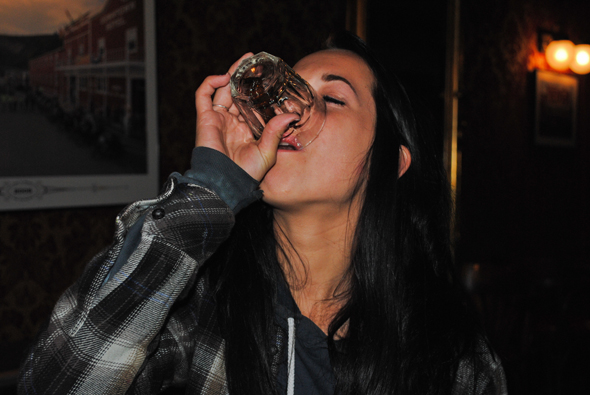 The Sourtoe Cocktail is a local custom in which you drink a shot of whiskey containing a pickled human toe. Mariah Marounek takes the shot in Dawson city's Downtown Hotel. (Matt Bossons / The Runner)