Students attempt to oust KSA board

Petition calls for the removal of 13 council members; Bassi dismisses it as a “petty attempt to throw mud.”

Students unhappy with the Kwantlen Student Association are taking action, calling for the impeachment of most of the KSA’s current board members.

Kwantlen senate representative and non-voting council member Christopher Girodat presented a 277-signature petition to the KSA earlier this month requesting that a special general meeting (SGM) be held Nov. 30 to remove the five executives and eight other voting council members from office, and to install a new set of bylaws. 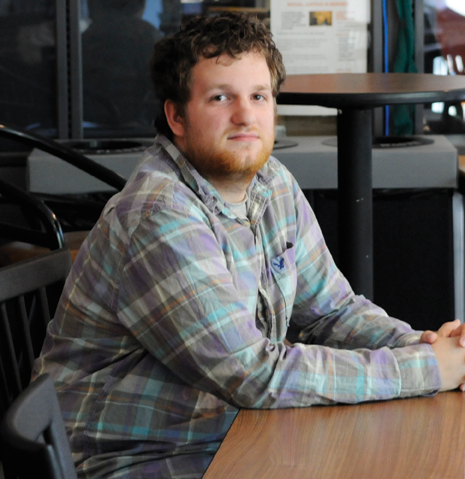 “We have been reading about the questionable actions of this council and executive since their very first day in office and that’s why students have risen up and delivered this petition,” said Girodat.

“Two weeks into their term, the executives raised their pay by 40 per cent. They voted in new regulations without letting council members see them. They spent more than $100,000 on a concert and hundreds of thousands of dollars more on legal and professional fees. They dismissed a lawsuit against former council members and staff, even after the media discovered repeated and direct conflicts of interest within the current board.”

“Students have been frustrated and disgusted and have been asking what they can do,” said Girodat. “This petition for a special general meeting is the first step in holding this council responsible for its actions.”

One of the 13 council members named in the petition, Surrey representative Karamveer Dhillon, has since resigned.

The petition claims that the named directors “have brought the Kwantlen Student Association into disrepute through reckless decision-making and the irresponsible use of student funds.”

It also proposes to place the 13 directors and 13 other current and former students in bad standing as members of the association. All students who take one or more credit classes at Kwantlen and pay fees become automatic members of the KSA. If the 26 people named are successfully placed in bad standing, they would be unable to run in future KSA elections.

The petition was presented to the KSA’s current director of operations, Nipun Pandey, Nov. 8.

In order for the impeachment to succeed, a minimum of 250 students must attend the special general meeting and 75 per cent of those attending must vote in favour.

However, in a report attached to the Nov. 18 executive board agenda, Bassi wrote that that “the group of students organizing the petition seem to have a strange and unjustified purpose for the meeting” and suggested that the petition would delay the scheduling of a by-election to fill current vacancies on council.

“This seems to be a continuation of the type of behaviour this small group has taken over the past few months,” wrote Bassi. “The majority of students do not think an SGM at this time is beneficial, meaningful, or necessary. In fact, my discussions with some students who were misled into signing the petition has led me to believe that there were sleazy tactics used to obtain signatures.”

“I am confident that when this petty attempt to throw mud at hardworking civil servants through an SGM is over, once again this Council will prove that students are truly behind them. We urge the small group of disaffected members to consider more carefully their actions in the future so to prevent the membership from incurring further unnecessary costs.”

Director of finance Nina Sandhu, director of external affairs Bobby Padda, director of operations Nipun Pandey and Cloverdale director Shivinder Grewal also did not respond to requests for interviews before The Runner’s deadline.

According to Girodat, the KSA has not cooperated since receiving the petition and had failed to post notice of the upcoming meeting as they were required to do by the KSA’s bylaws. Girodat says that the petition organizers posted the notices on all four campuses on their own instead and that the meeting will go ahead as planned.

The special general meeting is open to all students and is scheduled to take place at 2 p.m. on Wednesday, Nov. 30 on the Surrey campus in the Cedar building conference centre.