The Kwantlen Student Association (KSA) has capitulated to the legal demands of a pro-life campus group, reversing an earlier decision to not approve them as an official club. 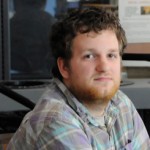 During a two-hour closed meeting on Dec. 5, the KSA’s board of directors voted to overturn the previous Nov. 9 decision of their executive committee and voted to grant Protectores Vitae club status. They also voted to suspend their regulations against allowing clubs which support political parties, or religious organizations or causes.

The KSA also discussed plans to abolish their two-tier system of clubs and recognized groups during the closed meeting. Currently, political, religious, or controversial groups or groups affiliated with external organizations are given recognized group status which entitles them to books meeting space on campus, and free photocopying and lockers, but no KSA funding. Clubs receive all of the same perks, but can apply for funding on a case-by-case basis.

Under the KSA’s new proposed system all groups would be eligible for funding, including current recognized groups such as the Sikh Student Association, Bible Study @ Kwantlen, the Kwantlen Green Party and Kwantlen University Christian Ministries.

All discussion and votes related to the pro-life club were held during an in camera session, where campus media and general students were barred from attendance.The KSA’s lawyer, David Borins, was also present.

No official motion was released after the meeting re-opened to the public, as is usually customary. No record of which board members voted in favour, against or abstained was made available as of press time.

The KSA’s executive chairperson and director of student services, Christopher Girodat, declined to discuss the content of any motions passed during the closed session, when asked by The Runner.

“In this case, we were meeting with legal counsel and there was privileged advice. [The motions] will be released when they have been communicated to the appropriate parties,” he said.

“We will be issuing more information tomorrow. We’re not issuing anything tonight, we haven’t communicated with [Oliver Capko] yet.

Capko, a first-year Langley agriculture student and president of the Protectores Vitae pro-life club, issued a public statement two weeks ago promising to take the KSA to court if they didn’t give his group club status by Nov. 29. After that deadline passed, a second press release stated that they would file court papers by next week.

The Protectores Vitae club is represented by lawyer John Carpay, president of the Justice Centre for Constitutional Freedoms (JCCF). Capko’s group is also supported by Anastasia Pearse of the National Campus Life Network. Pearse made headlines of her own in 2010, when as the president of an anti-abortion group at the University of Victoria, she sued the University of Victoria’s Students’ Society for denying them funding.