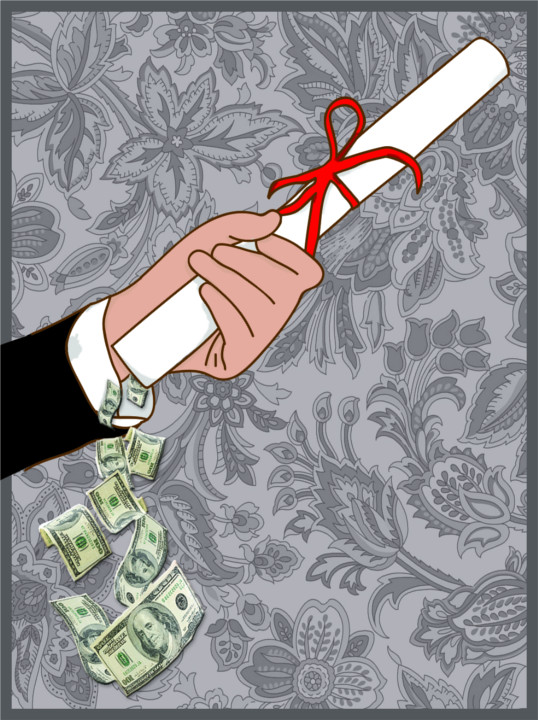 The Alliance of B.C. Students is an organization that came out of a coalition previously called Where’s The Funding?! It’s membership currently includes multiple student associations, including those of KPU, UBC, Capilano, the University of the Fraser Valley and the University of Victoria. According to their website, they represent 140,00 graduate, undergraduate and trades students.

The organization became the ABCS in February 2013, though they are still in the early stages of establishing things like policy and campaigns. At their annual general meeting, they approved a fee structure that will be based off a $0.75 per full-time student equivalent model, but they haven’t started collecting fees just yet.

“We’re just looking at how much we’re going to collect now,” says Lar-Son. “[Things like,] when will our fiscal year begin and end? There are a lot of things around that, that we want to work out before we ask essentially for people to give anything.”

Until this point, student associations have been largely funding their own participation: covering the costs of printing campaign materials, for example.

The ABCS is establishing many of the elements associated with being an organization by dividing tasks up amongst their four executive officers. They will be proposing a mission and vision statement for the ABCS, a strategic plan, regulations and policies, campaigns and a budget.

“Right now what the ABCS is mostly working on is reforming our internal organization,” says Lar-Son. “It’s a very new organization, [and] it’s very grassroots.”

The ABCS is not the only student lobbying organization in the province. Another is the Canadian Federation of Students-BC, the provincial chapter of the national group. According to the CFS-BC website, they represent student associations from 15 institutions, in every region of the province. The Kwantlen Student Association is unique in that it presently holds membership in both organizations.

They’re still discussing potential campaigns, including one related to civic engagement. Earlier this month they met with MLA Kathy Corrigan to discuss issues related to the affordability and accessibility of a post-secondary education.

“We’re just having lots of discussions right now,” says Lar-Son, “To make sure that everything is really solid when we end up working on it.”