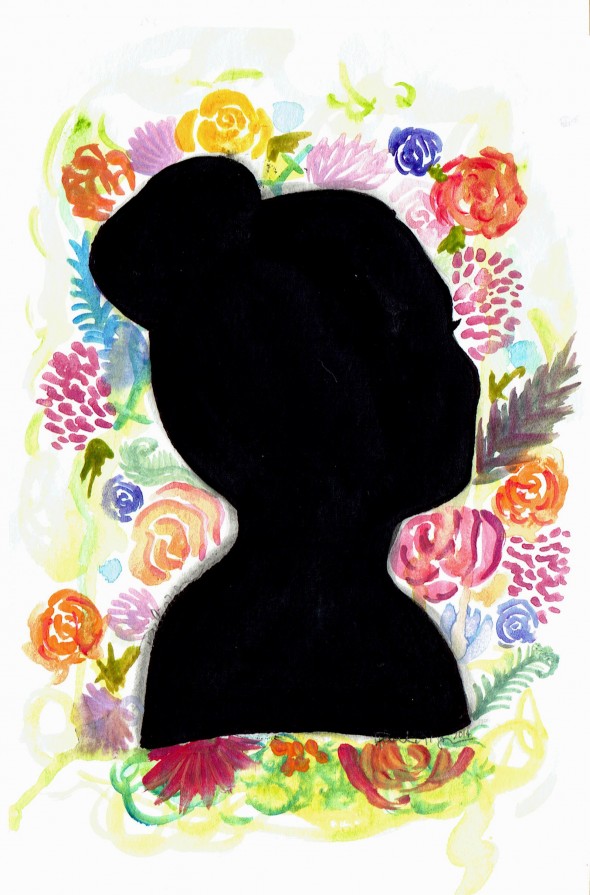 Let’s take back the word “Feminism” and colour it beautiful. Let’s colour it until the white privilege is covered with the strength of women of colour. We need to dig ourselves out of the first and second waves because the feminism that derived from those first two initial movements is white feminism. White feminism considers only upper middle-class white women. When white women were fighting for the right to work outside the home, women of colour (WOC) were already doing that. WOC were leaving their own homes to look after and raise white children. And let’s not forget that the first time women were allowed to vote in North America, women of colour were excluded from this.

In Patricia Hill Collins’s book Black Feminist Thought, she calls out white feminism by saying, “White feminists identify with their victimization as women, yet ignore the privilege that racism grants them.” The third wave is currently happening and feminism is changing, more so by women of colour who are speaking out against white privilege and stating the fact that racism needs to end for true feminism to be victorious. Let’s face the truth: the well-being of true feminism cannot be left in the hands of white women. White women cannot speak for WOC; we need our own voices to be heard. It needs to be understood that each culture needs to be approached with feminism differently. There are feminists and feminist organizations that advocate what they think are good feminist principles but are actually based on ignorance and, well, just plain racism.

An example of white feminism is the Ukrainian feminist organization Femen, that started in 2008 by Anna Hutso. This particular group of extreme “feminists” are notorious for their crude protests. They often receive hostile reactions from the Middle East and North Africa (MENA) for the lack of cultural acknowledgment. Initially, for their first few protests, members of Femen wore erotic and skimpy clothing to stand against the objectification of women’s bodies. In 2009, their protests started to become topless. They believe that bare breasts will draw the media focus on them. They sure did get the attention from the audience, but I highly doubt they were focusing on the message the group was attempting to get across.

Over the years, they’ve terrorized—yes, I’m going to say they are terrorists —mosques across Europe with their nude protests against the Muslim religion. These Femen women cloak themselves in Burkas to enter these houses of worship and once they are in, they reveal themselves topless. Their hate and complete disrespect of the religion conveys the group’s blatant Islamophobia, which is of course just another form of prejudice. This is their way of trying to be heroes and attempting to “save” these Muslim women. Their lack of cultural understanding leads them to think that the culture’s emphasis on women covering their body (with hijabs and burkas) is a form of oppression. “The hijab is not a choice,” said Alexandra Shevchenko, one of Femen’s co-founders. Contrary to Femen’s belief, many Muslim women who cover their bodies do not feel like they are oppressed but rather the opposite. They feel the practice of covering their bodies is a form a freedom.

In response to the Femen campaign, Muslim women launched a counter-protest against the racism in the Femen group. Members of the protest wrote an open letter to the Femen which read: “We are proud Muslims and we are sick of your colonial racist rubbish, disguised as women’s liberation.”

In referring back to the Quran (the religious text of Islam), there is a passage that translates to “O Prophet, tell your wives and your daughters and the women of the believers to draw cloaks all over their bodies. That will be better as they shall be known (as free respectable women) and will not be annoyed.” Muslim women often live by this verse because they believe that once their body is covered, they are liberated. She forces those around her to value her for intelligence and personality and not for her body. Many Western-orientated Feminists believe this is defective and that these Muslim women are brainwashed to believe this “lie.” But who is it to say that women like those in Femen, who believe in finding freedom in nudity, are not brainwashed by a patriarchal society that has an unhealthy obsession with women’s bodies, and only their bodies?

So what are true and good feminist principles? True Feminism is practised without discrimination and without total disregard of culture. It is when white feminists understand their white privileges. When white women achieve some equality, this does not mean all women have achieved it. We need to fathom that the western feminism is not a one-size-fits-all concept. As true feminists, we need to integrate the concept of intersectionality, recognizing that different groups of women face different types and levels of obstacles in their lives.

Aileen Tran is studying Journalism and Creative Writing at KPU. She enjoys destroying patriarchy and long romantic walks to the refrigerator.