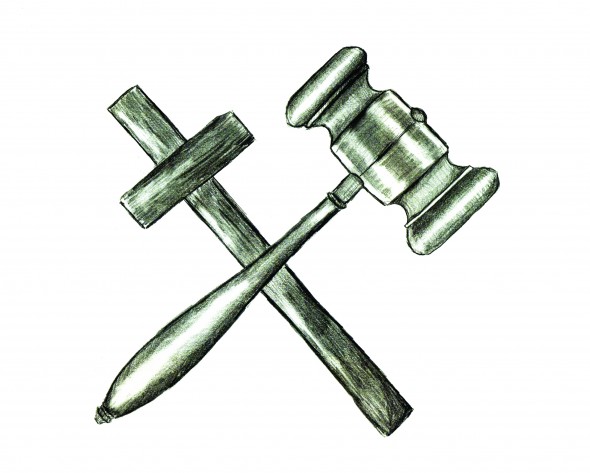 The refusal is mainly based on the evangelical Christian school’s covenant, which students must sign, that states that marital sex is allowed solely between a man and women. The law society sees this as discriminatory of LGBTQ people and those in common-law and long-term committed relationships.

TWU is currently appealing the B.C. law society’s refusal at the B.C. Supreme Court on the basis of a constitutional violation—their freedom of religion.

In the law society’s formal argument accessed on their website, they specifically disagree with the covenant’s clauses that prohibit sexual intimacy between married same-sex couples and outside of marriage. The society also sees the covenant as discriminating against women and denying students access to reproductive choice. Finally, they find the covenant, “seeks to not only create an evangelical Christian learning environment, but also, through the covenant, to impose evangelical Christian views and behavioural norms on all, discriminating on the basis of religion.”

When TWU law school saw its genesis in late 2013, the ministry of advanced education (AVED) initially approved them. The B.C. law society even approved it, initially, only to reverse their decision months later.

Months after, the Law Society of Upper Canada and the Nova Scotia Barristers’ Society rejected the law school, while the law societies of Alberta, New Brunswick, P.E.I., Saskatchewan and the Yukon approved them.

In 2014, former AVED minister Amrik Virk ended up revoking the approval on the basis of an enrollment technicality, as reported by the Globe and Mail. The Nova Scotia Supreme Court ruled in favour of TWU, and now the N.S. Barristers’ Society is appealing against that ruling. The Ontario Divisional Court ruled against TWU, and now TWU is appealing that decision too.

The hearing in B.C. that was scheduled from Aug. 24-29 has concluded, and Chief Justice Hinkson has reserved his decision as of press time.