University wants to help a population of historically undercut citizens 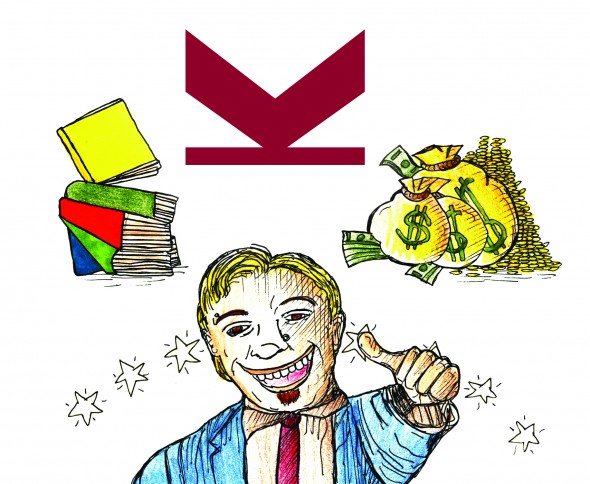 A person aging out of government care can take up to 10 years to simply get on their feet. Youth aging out of such care would have lived in foster homes, group homes, temporary receiving homes and the homes of relatives and independent living programs. Kwantlen Polytechnic University believes they can support those transitioning youth in an initiative that supports their post-secondary education at Kwantlen, should they opt for it. The university now joins 11 other post-secondary institutions that have similar programs. The program is under the purview of academic and career advancement (ACA), where dean Patrick Donahoe says his faculty supports students that enter KPU from “an alternate perspective.” “Everyone is welcome here,” says Donahoe. “We’re an access institution.” The pilot year of this program will support tuition and student fees for up to five students accepted to KPU, according to a press release. Also, other expenses like textbooks will be funded from the Irving K. Barber Endowment for Educational Opportunities. Donahoe adds that the university offers emergency funding through various processes because, “Many students leave institutions—and I’m generalizing here—not because of a $5,000 problem, but because of a $100 hydro bill.” “It’s saying, if you get to a stage like that, with money or with other issues, there are things we can do,” says Donahoe. “And we will support you. And the same time as I say that we would do that with any student.” The press release adds that besides the ability to access financial support, successful applicants get access to, “A dedicated academic advisor for academic planning, regular student check-ins and referrals to other KPU services and programming.” These students will also get priority access to the ACA dean’s office. “That really is just about, if you find yourself in a place [where] things are looking bleak, or you’re not sure what’s happening, just, maybe we’ll have our phone numbers,” says Donahoe. “They can call us, let us know what’s going on.” He goes on to describe priority access as a sort of failsafe, for students from backgrounds that don’t necessarily work well with the way the system works. “If you’re not coming from a family or foster family that’s got post-secondary experience it can be overwhelming,” he adds. Donahoe was part of the team at Vancouver Island University that first put a program like this together in B.C. Kathleen Higgins was his predecessor at KPU, and when he started, he and a small team picked up the pieces already in motion. He says that some of the thinking around supporting youth-in-care started a number of years ago at the University of Winnipeg. He adds that in Manitoba and in B.C., many of the youth-in-care are aboriginal, and that there’s a “certain consciousness” in that regard. VIU faculty wrote a paper in 2007 exploring where youth-in-care go after they age out, and they followed a variety of youths in a three-year study. Not surprisingly, they found that youth-in-care were susceptible to a very transient life and unstable housing situation. Youth-in-care were more likely to rely on income assistance as their main income source, to be less-educated and to have “fragile social support networks.” The paper suggests that new thinking was needed for existing government policies, programs and priorities. The authors’ view is that, “Youth from care need to have as gradual and extended a transition process to adulthood as youth in the general population.” Donahoe says that whether or not post-secondary education is appropriate for a transitioning youth-in-care “depends a lot on the individual.” Some aren’t at a point in their lives where education is a priority, he adds. Donahoe acknowledges that it’s an expensive endeavour, especially considering the state of provincial post-secondary education funding these days. Especially for someone so fresh out of government care, Donahoe says, “It’s an early age to figure out how you’re going to cover tuition and transportation, and for some folks, even child care and things like that.” Donahoe says the biggest challenge facing the program is finding additional funding so that the program can grow. He thinks more people than can be supported would meet the criteria for the program in the future.