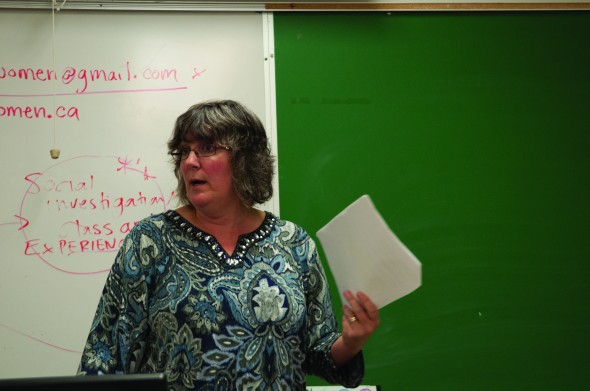 The event, held on Sept. 15, was part of KPIRG’s fall Dis/Orientation series, which seeks to educate students with information that challenges traditional back-to-school-orientation knowledge. Speakers of the event included Dr. Fiona Whittington-Walsh and two representatives from GrassrootsWomen, an organization that, “was born out of the desire to address the systemic, political and economic marginalization of working class women caused by imperialism,” according to their website.

The speakers from GrassrootsWomen were up first. The larger theme surrounding their talk revolved around childcare issues and how they related to the struggles of working class women. Their speaking points also included the different levels of feminism throughout the decades and now, a new kind of feminism better defined as “revolutionary feminism.”

Mostly their talk remained focused on the facts of gender inequality, a pretty standard component for the canonical feminist argument. Where the presentation truly excelled, though, was in the critiques they offered, which aimed to ultimately dismantle the imperialist and capitalist systems which the speakers posited were the root problem of gender inequality. This anti-imperialism, anti-capitalism part of the conversation added a new level of discussion to traditional and historical feminist thought, and truly justified the “revolutionary” modifier.

On the basis that those systems are inherently harmful, their presentation continued by examining the exploitation of working class women, and how that extends globally. The act of rearing children and maintaining the home are economically invisible—this type of work could pay over $120,000 annually to the homemakers, but it doesn’t. The burden is often passed onto migrant workers who could be away from their families for over a decade. More often than not these workers, according to the stats GrassrootsWomen provided, are women.

Whittington-Walsh, the other speaker at the event, was a more practiced speaker by comparison, and it was easy to be enraptured in her presentation. Here, as with the GrassrootsWomen presentation, there were many statistics provided for those in attendance, but where her talk became the most engrossing was in her discussion of the current backlash against feminist issues, and the misunderstanding behind criticisms of feminism. 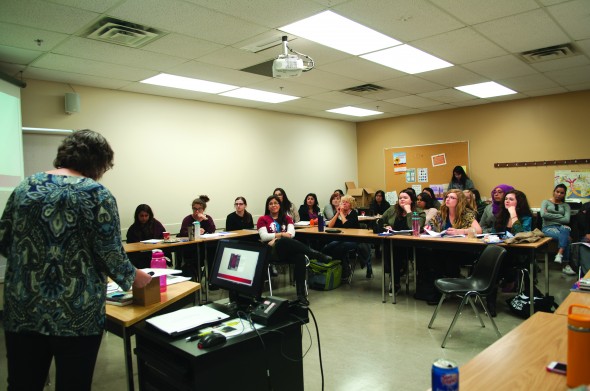 During question period, The Runner asked if Walsh could speak to the recent conflict at UBC, where people have criticized the unceremonious stepping-down of the president after just one term. UBC faculty member Jennifer Berdahl wrote that the president lost a “masculinity contest.”

Walsh directed the question to Martha from GrassrootsWomen who knew better about the issue and culture at UBC, since it was there that she graduated from medicine.

“I think that’s the overarching experience within that institution at UBC,” she said. “The gender hierarchy is very present within that university.”

Her anecdote served as a reminder of how the discussion was relevant to men as well as women. Fir 146—the location of the event—was filled with people that afternoon, though I was one of only two men in the room.

“I think it was just good to hear about some of the clarification on what feminism is and some of the different backlashes to it,” says Levi, a sociology student. He was the other male in attendance for the event.

During question periods following the presentations, others in the room remarked on the dismissive feedback they received from male friends who may have asked what they were up to that afternoon. This reality circled back to the backlash against feminist thought that the speakers addressed in their talks, further highlighting the importance of events like this one.