Our home on Native Land

The history of acknowledging unceded territories at KPU 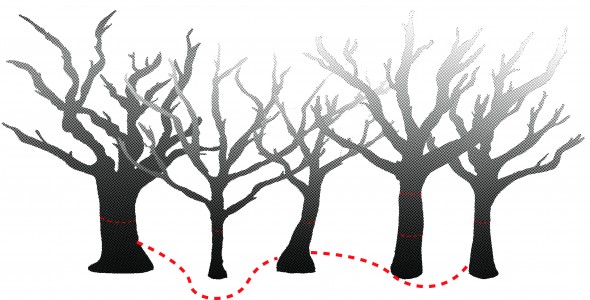 It’s more than good form in the administrative circles of B.C. universities to begin a meeting with a formal, explicit acknowledgement of the unceded territories on which they conduct their business.

Acknowledgment is particularly important in B.C. because the majority of these lands are not defined by treaties, whereas in most parts of Canada, the British Crown did negotiate land treaties with First Nations people. Our westernmost province confederated later, in 1871, and the treaty process for B.C. started only in 1993.

It’s not exactly the long weekend after confederation.

The Kwantlen Student Association aboriginal students’ representative Justin Bige defines these territorial acknowledgments as a welcome. Not all First Nations bands necessarily do them, but these acknowledgements are akin to a traditional welcoming for anyone who is coming onto the land with good intent.

A traditional welcome at the beginning of a meeting or conference or event might look like someone explicitly reminding everyone of the unceded status of the shared land where they live, work, and play. It might be the performance of a traditional song of a First Nations band. It may be a prayer by an aboriginal elder. After these, the thing really begins.

The problem is, some perceive, that it just stops at mere ceremony. So what’s authentic?

Bige says authentic recognition continually involves a person or group throughout the event. It does no good to have someone perform a welcoming song and then sit off at the side for the rest of the event, he points out.

“Just there to play the drum and give everyone a nice little feeling as they come in—that’s tokenizing and that’s worthless,” says Bige. “I’d say we’re currently bad at it.”

He finds it “kind of strange,” for example, when people who aren’t First Nations do an acknowledgement at a meeting and then proceed forward so swiftly as if the acknowledgement was just another point of business.

Bige, who states his “radical view” on the issue, says it’s at that point that the meeting should stop and discuss what it means to work on unceded territory. He makes a point of this when he himself acknowledges territories at KSA council meetings. He even aims to make people uncomfortable about it because he believes they should feel uncomfortable about it.

Brandon Gabriel from the Kwantlen First Nation, who is a KPU alumni and guest lecturer, has sat on various boards of directors and councils where he says the challenge has always been for First Nations people to be recognized as “authentic partners.” He says that the process of symbolic welcoming can limit what they contribute and how they work in terms of the given organization’s mandate.

At KPU, Gabriel believes there has always been a desire among the university administration to recognize the KFN as symbolic partners and authentic collaborators. That involves the KFN’s say on how the school functions and sees itself.

That desire for recognition reaches back to the days that the school was endowed as the namesake of the Kwantlen First Nation. Gabriel says that past presidents and boards of governors have understood that, and that the challenge for the KFN has always been re-establishing and reconnecting with new administrations.

The current KPU Board of Governors and president Alan Davis perhaps heeded the understanding of administrations’ past when they rescinded a controversial agreement with Trans Mountain Expansion Project in October. The fruits of that agreement were contingent on the approval of a pipeline expansion through KFN territories.

Davis cited the relationship with the KFN as the contributing factor to the turnaround decision, and that their September BOG presentation against the agreement made “an impact on people.”

Gabriel thinks the BOG truly saw value in their partnership with the KFN that day, and that, “An attempt by them to rekindle that relationship is a good move.”

He believes that unresolved land acknowledgements and large corporate developments on that land were at the heart of the Trans Mountain issue. The KFN is still negotiating their terms to leave the Indian Act of 1876, for example.

Aboriginal issues have arguably seen a renaissance in Canada within the last decade, with perhaps Stephen Harper’s 2008 apology to residential school survivors as a solid milestone. The Truth and Reconciliation Commission (TRC) to this day continues their mandate to support survivors and educate Canadians on the impacts of the residential school system. KPU continues to host reconciliation weeks to uphold that, too.

But within those kinds of KPU events—they might be reconciliation weeks, pow-wows, Aboriginal awareness days, etc—a need always exists for proper collaboration with First Nations people, according to Bige.

For KPU administration to live that sort of philosophy, Bige says that means giving aboriginal people both the floor and the say.