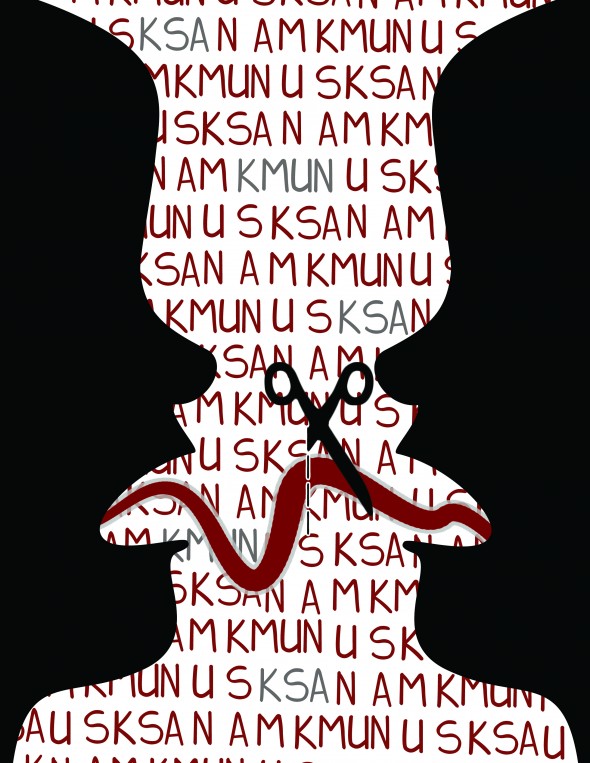 The Kwantlen Student Association removed former Kwantlen Model United Nations executives on Nov. 27 on the basis of student complaints about conference and workshop planning, and a failure to prove their democratic election.

Former KMUN president Saed Abu-Haltam disagrees with the decision, and believes the KSA is trying to “politicize” a previous conflict between them. The KSA executives maintain that their removal was based on the completely unrelated issue of complaints and an absence of election documents.

Abu-Haltam, speaking to KMUN’s board positions initially said, “A lot of these positions were made through elections.”

But former KMUN vice-president Aaron Philip later confirmed that there weren’t any to begin with.

“It was never appropriate for us to hold elections,” says Philip. “There was never any question of having enough people to challenge the leadership or want[ing] it to go in a different direction.”

“We were just told to fill [the form] to the best of our abilities and then we could do things by ourselves,” says Abu-Haltam. “This is from the previous executives.”

There is an expectation for all clubs to hold elections, but KSA vice-president of external affairs Alex McGowan says the KSA doesn’t micro-manage each club and check if they’re operating democratically. It’s only when investigations come around that they take action.

When KSA vice-president of student life, Manpreet Bassi, investigated the student complaints on workshops and KMUN’s non-compliance with election regulations in November, she added in her report that KMUN “successfully renewed” themselves as a student group in October, which is the deadline month for annual club renewals.

But email correspondence on Sept. 30 between KMUN and KSA clubs coordinator Kendell Kitt shows that Kitt pointed out the incompleteness of their renewal form, to which Abu-Haltam on Oct. 2 replied, “Please disregard the renewal application.”

On the basis that their club doesn’t exist because of their incomplete application, Abu-Haltam argues that it negates the KSA’s decision to oust him.

The absence of elections means that KMUN’s executive positions were not validly filled. But McGowan says that even then, they’re merely an inactive club and are still privy to the regulations.

The other student complaints had to do with what Abu-Haltam calls “completely voluntary” information workshops KMUN had scheduled for students in a MUN4500 class, a joint creation of KMUN and KPU.

Abu-Haltam says that he and other KMUN staffers showed up at the first two weekly workshops for their full three-hour durations. But he says that no students showed up, except on the first day where he says, “We had two people show up for a very short period of time and then they left.”

Abu-Haltam says the “trend” of near-to-zero attendance at these “voluntary” workshops made KMUNers think, “We don’t need [the workshops].”

Later that evening, those two students messaged Philip on Facebook saying they “were at the room at 1:15 p.m. and again at 2:30 p.m. … We were sitting in front of the library around then too. So crazy that we must have just missed you.”

Philip apologized and offered the students his phone number and other ways to get their questions answered.

The student complaint Bassi added in her report also alleged that, “The level of negligence displayed by the club has caused a fellow student in the class to formally withdraw.”

“Of course not,” says Abu-Haltam. “The entire experience of model UN is voluntary. You have these students that have a passion, they’re doing it because they love what they do, and they have this Model UN bug that they want to pass onto others. ”

Abu-Haltam says what actually caused that student to withdraw is that her family was in town and that she had Cirque du Soleil tickets.

KSA president Allison Gonzalez says the KSA addressed many student complaints about the class and declined to go into details for the sake of students’ privacy.

Abu-Haltam maintains that the KSA’s decision was both “unjustified” and “not politically correct.” He doesn’t believe that Bassi’s emails to KMUN during the investigation process were really for the reasons stated in her report.

Instead, he thinks the KSA was trying to “politicize” a previous conflict. 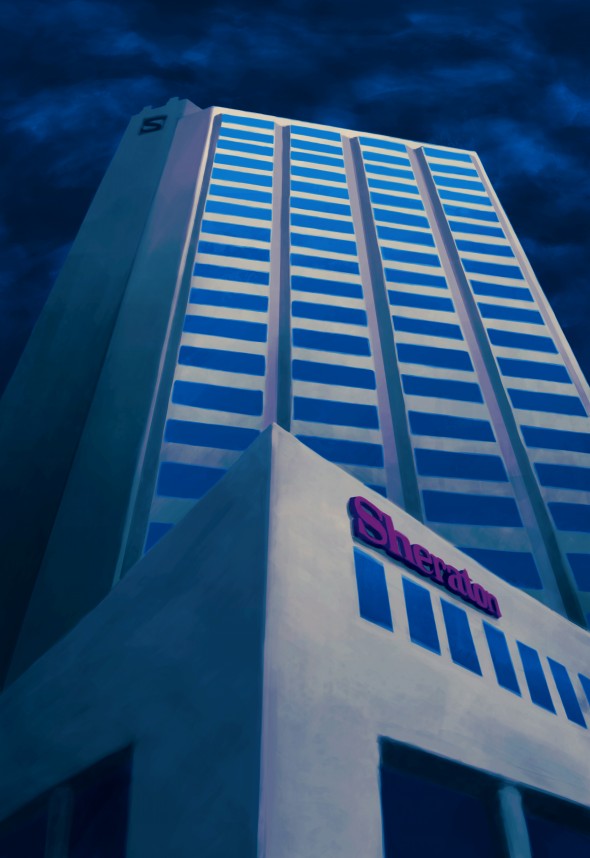 KMUN has existed for one reason since its inauguration in 2012—to hold an annual conference and simulation of the United Nations. This would typically happen in the conference centre on Surrey campus.

But Abu-Haltam and another former KMUN member had a different vision for 2015. They wanted to move the conference to a hotel—namely, the Sheraton on 104th avenue in Guildford.

“This is really where everything starts to go wrong,” says Philip.

It was found that a 50 per cent discount was available at the Sheraton because of a KPU connection, so they drafted a contract with the Sheraton. They asked the previous KSA executives to cover the $2,000 deposit, and the executives approved it. But it was up to KMUN to raise funds to help cover the costs. At the time they anticipated those costs to be $12,200.

The other board member was primarily responsible for fundraising, but Philip says that member decided to leave KMUN without providing their former colleagues a fundraising plan.

When the KSA and KPU administration asked KMUN in a meeting about their position with the required funding for the Sheraton, Abu-Haltam said they were, “nowhere near our targets for funding.”

Gonzalez says that KMUN only had to budget to hold the conference at KPU, but Philip says they were “instructed to produce a budget to move the conference from the Sheraton to KPU, to cancel the contract, and include the costs associated with cancelling it.”

Cancelling the contract would have cost $10,581. That’s over half of the hotel’s required minimum profits from the deal.

“When that happened,” explains Abu-Haltam, “The KSA went and questioned, ‘What do we do now? There’s this money that we need to pay for the Sheraton as of cancellation fees. And the KMUN club is responsible to fundraise until this money is brought forward.’”

“We said, ‘Well, we did not break any policies … according to your policies, we’re not legally bound to fundraising and paying.’”

The KSA regulations do state that no recognized student groups are to accept any legal obligation for the KSA—including when it comes to contracts.

Abu-Haltam and Philip blame McElroy for signing the Sheraton contract negligently, citing his absence at a meeting about the contract as a factor. They accuse him of breaking a KSA regulation on contracts:

“The VP Finance & Operations and any one of the VP Services, the General Manager, and the VP External are the only individuals who can bind the Society to a legal contract.”

Abu-Haltam and Philip’s interpretation of the clause is that the KSA vice-president of finance—Gaurav Bhulla, at the time—should absolutely be a party to legal contracts in conjunction with McElroy.

Bhulla never signed the Sheraton contract. But the language doesn’t necessarily mean two signatures are needed. An equally viable interpretation is that anyone mentioned in the clause could bind the KSA with one signature, including McElroy.

“We did offer to fundraise,” claims Abu-Haltam. “But, for some reason, they decided they did not want to work with us anymore. And we said, ‘That’s fine. The offer still stands, let us know when you need it.’ And we moved on. We had a conference to run.”

But McElroy says that the KSA asked them for help and that they didn’t take responsibility.

Abu-Haltam believes the removal of KMUN executives in November was the KSA’s attempt to “politicize” this issue. McGowan maintains that the KSA simply doesn’t have time to do such a thing.

That KMUN was even allowed to operate with invalid officers or an absence of elections is something Philip attributes to the student association’s “unrealistic expectations” of clubs. He posits that many clubs on campus likely don’t hold elections or keep minutes. In fact, he suggests such things are burdens.

Philip says he joined KMUN, evidently, not to keep minutes, hold elections, or fight the KSA. He joined for the same reason why he thinks most people join a campus club—they’ve got passion for it.