A Day in the Life of a KSA Politician 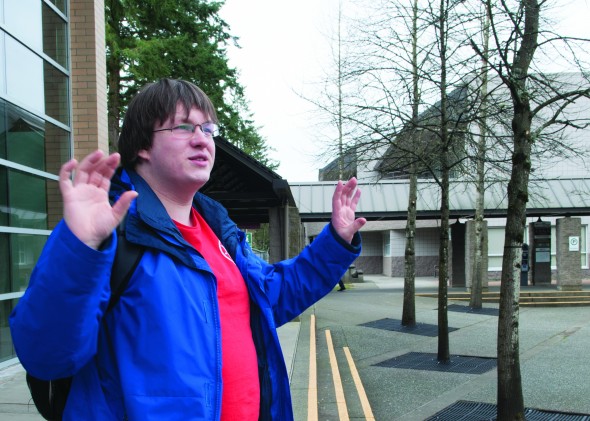 Student councillors have several reasons for taking breaks at Kwantlen Student Association council meetings. Most of the time, the reason is lunch. Other times, the reason is head-butting.

The student association and the university have a generally great relationship, great enough that they discuss many administrative processes together. But when some KSA councillors wanted to push harder against a contentious memorandum of understanding the university adopted with Kinder Morgan last summer (that has since been rescinded), there was a spark.

One council member wanted the KSA executives to formally state their case against the university. The executives were wary of this, not wanting to damage their hard-earned working relationship. But that particular councillor pushed on.

One executive said he was out of place. Another said his directive came in last minute—around 11 p.m. the previous night—and called the entire affair “disrespectful.”

Feeling accosted, the councillor asked for council to recess.

“I don’t see why we don’t finish the discussion now,” said an executive. “… Otherwise we would have to start all over again—”

“Are you fucking kidding me?” said the accosted councillor. “Can we just recess?”

The councillors promptly took their break.

“It’s much easier to score eight or higher at a poetry slam than it is to convince a room full of people of something they weren’t previously convinced about.”

Speaking of the impasse, Massey says it’s not great when people don’t get along, but it at least means that students can be passionate, like the many people who campaigned against his in his first run for office.

He was in a race against seven other people trying out for four arts representative spots, including KSA vice-president external Alex McGowan.

When he realized the number of people he was up against, Massey felt a fire was lit beneath him. He campaigned hard—he didn’t know how to do it, but he ended up getting more votes than any other arts representative in his first election.

Massey wears thin-framed glasses, and dons a large blue raincoat. At council he talks confidently, often playing devil’s advocate, pointing his finger up when he notes his abstention from a motion, or being the first to call to question when he’s sensed that the debate’s usefulness has petered out.

And still, Massey says it’s much easier to score eight or higher at a poetry slam than it is to convince a room full of people of something they weren’t previously convinced about.

KSA councillors mostly sit with their peers at the monthly council meetings. That doesn’t make it any easier to be convincing, which is a practice that councillors take part in each day in their committees or at council.

One way some student politicians try to convince others includes phoning fellow councillors to preface them on an upcoming idea they’re putting forward at council, hoping for their vote.

Their soft-skills on the phone could be solid, but the good student politician remembers to weigh each word. In student politics, Massey says it’s most important to keep your ideas and your convictions.

“You’re never prepared for how much bureaucracy doesn’t work.” 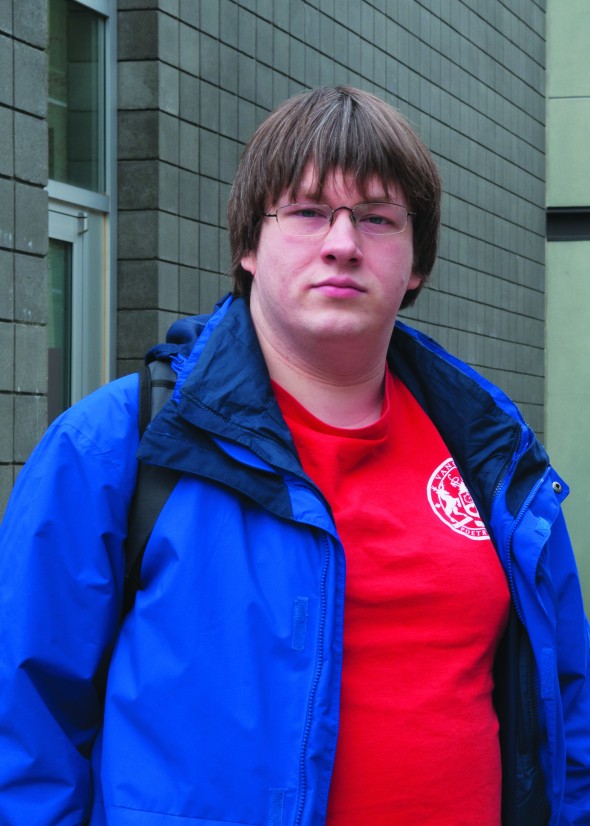 His leap in course selection to philosophy from political science put him into the little communities he needed to start in student politics. His rationale is that if he was to be at KPU for a while, it wouldn’t hurt to invest in student culture.

But bureaucracy always hurts, and Massey says, “You’re never prepared for how much bureaucracy doesn’t work.”

Massey served on the board that publishes The Runner and Pulp Magazine, and it was his days as a board member that gave him his first tastes of bureaucracy. Massey is easily critical of the publishing society’s bylaws, calling them “terrible” and written in a way that makes them incredibly difficult to change. He felt it was hard to get things done in his time there.

At the KSA, for one, Massey found that the club event planning forms were unwieldy, stuck as unalterable PDFs. One of his first motions at council was to change them all into Word documents.

It sounds like a small change in the short-run, but it has ramifications for future councils. It could save processing time, and subsequently create more time for everyone.

That extra time is crucial. Projects at the KSA can take months to complete, often outlasting the terms of councillors that started them in the first place.

Massey put himself up for election to the KSA council because he thinks that KPU students pay a lot of student fees, he wanted to create interesting events on campus, and his previous lack of knowledge of the club funding processes drove him to learn more. Until the KSA hired a proper clubs and events coordinator, the clubs and events system wasn’t as effective during those days, he says.

During his first term, Massey claims there was a lot more funding available for on-campus events, as the austerity measures of the current KSA council hadn’t been enacted.

With that greater financial ability, Massey created events on campus like most prospective councillors promise to do. Every month he hosts his own brand of poetry slams called “Slamapalooza” in the Grassroots, which created a successful KPU slam poetry team that performed at other slam events around Canada.

His mistakes in event organization, however, became galvanizing moments.

He “accidentally” became the sole organizer for a poetry-performance at the Melville Centre for Dialogue on Richmond campus, for example.

In those moments he says, “you kind of just start swearing.”

But the event still took place. He was able to sit down, de-stress, and enjoy the experience he helped create for students.

Besides event organization, there’s the advocacy work. Councillors typically learn more than most students about dense university processes, and it puts them in a place of responsibility.

Some councillors, if given the opportunity, make themselves known as a resource for students at the beginning of a class. If a student does have concerns, then Massey or any councillor would be expected to accommodate them, offer a business card, and ask for an email detailing the concerns.

Naturally, the student councillor constantly refreshes their inbox for new messages. In fact, the KSA bylaws force councillors to check their emails. They can also usually expect calendar invites to a copious number of meetings.

“For the love of god, put your council email calendar into your phone,” says Massey. “You will have so many meetings that will just happen.”

In those meetings, Massey says the most important thing for a councillor is to “keep your own ideas,” and not to herd vote.

Massey says that others can discern when the backbenchers, those who don’t say much, are actually considering the debate happening in front of them and changing their votes.

Those votes are powerful. Massey and hundreds of other KPU students were reminded of that when they ousted corrupt KSA executives in 2011, in a special general meeting that stopped multiple times because unidentified colluders pulled fire alarms and even pepper-sprayed students.

“I believe they disconnected G building . . . from the fire alarm grid, and students were posted in front of every fire alarm to make sure the meeting could finish,” says Massey.

Massey found those days to be an inspiring display of student involvement. He says there were over 400 students in that meeting, taking loads of time out of their day, skipping classes, so they could “get the stuff they were paying into, so it could get better.”

Since then, voter turnout at the KSA general elections has been declining. Massey says that could be a good or bad sign. At least it generally means that “no one’s angry at the KSA.”

Still, students should rue the day it took their squandered rights to actually change something.

Yes, crisis might be a great catalyst. But more often, change should come when students realize that they have power to make it happen at their university.

Surely, that’s why students are still putting themselves up for election.