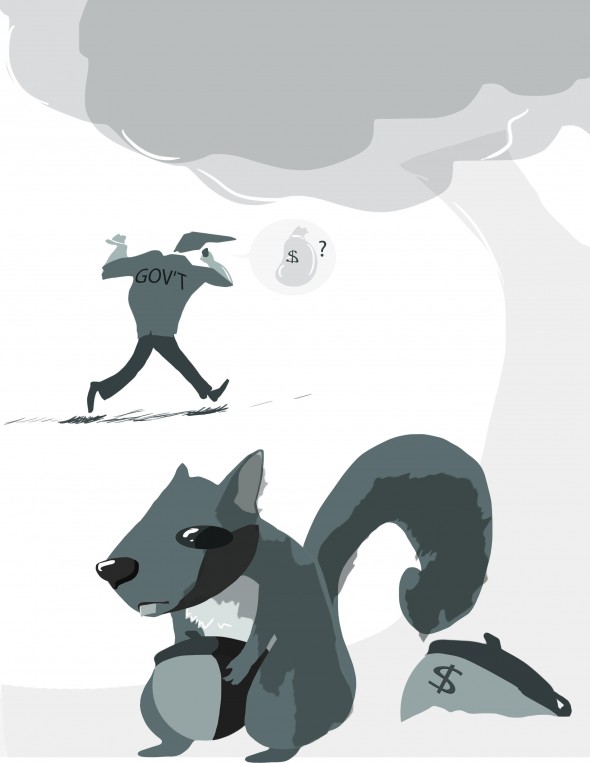 A 2.6-terabyte cache leaked to the International Consortium of Investigative Journalists in early April revealed the many ways the world’s wealthiest citizens are exploiting secretive offshore tax evasion on an enormous scale.

Alongside heads of state, despots, criminals, and Lionel Messi, 550 Canadians have also been named in the data cache.

The federal government has responded by citing its new 2016 budget, which puts $444.4-million over five years into the Canadian Revenue Agency, in an effort to curb tax evasion.

But Liberal MP for Cloverdale-Langley John Aldag says the investment is “necessary.”

“Some of the movement of money, particularly at the corporate level, is completely legal,” says Aldag. “But, you know, there are some shady dealings.”

“When governments try to chase tax evaders, they have to spend a huge amount of money to do that,” says Chen.

Aldag says that Canadian tax structure is due for review.

“I talked to some of my experienced, long time politicians [in Ottawa] and they indicated that the last time there has been a really thorough review of the taxation legislation goes back to the ‘70s,” says Aldag.

“Now is probably a good time to start looking into where the regulation legislation allows these things to happen.”

Chen says that offshoring money to avoid taxes, legally speaking, is justified and more efficient for individuals and firms that choose to do so. That assumes their income and wealth is legally obtained.

“How could you punish legal behaviour?” asks Chen.

But if they obtain their assets illegally, then Chen says that is something people should question.

CBC reported in March that the Canadian Revenue Agency granted amnesty to multi-millionaires running a tax sham in the Isle of Man, while simultaneously cracking down hard on middle class families for years through the court system.

It’s relatively easy for the super rich to hold assets overseas. It also is already difficult to tax the assets of the super rich, who are in the topmost wage percentile of society where global wealth is concentrated.

Wealth, unlike income, is a long-term stock. Financial instruments like stocks or bonds are mobile over jurisdictions, and luxury goods like yachts can be anchored elsewhere. Some people even hold wealth in artwork, involving pieces that can go off the grid for decades.