From the Editors: Parliament

A parliament of assholes 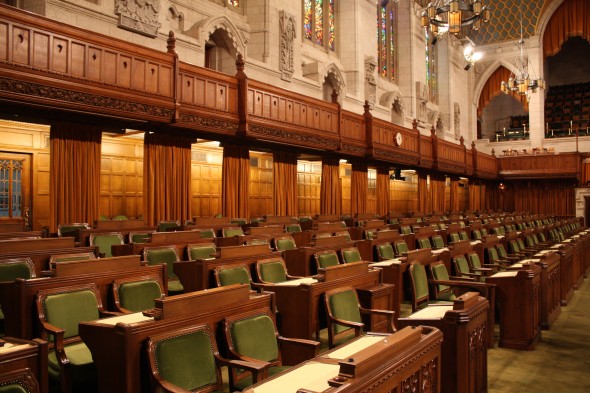 I follow CBC Politics on Twitter. I don’t just get the headlines, I also get real-time updates about Question Period, often typed quickly and full of Twitter shortenings.

I sometimes think about turning it off, because for the last month I kept reading about how the Conservatives have been grilling the Liberals on some silly stuff, like, “Why are you spending money going to the U.S. to take selfies with Obama?” It’s as if the U.S. wasn’t our biggest trading partner.

Another repetitive one is, “Why won’t you put electoral reform to referendum?” To which Liberal MP Maryam Monsef occasionally replies that the Conservatives didn’t put Elections Act to referendum, nor did they consult all of parliament.

Question Period serves a very critical and important purpose, and I think that it’s often used properly. When the Conservatives are on about the budget deficit being greater than expected, and when the NDP are asking why the Liberals won’t decriminalize marijuana in the short term, I think they’re asking reasonable questions. Same goes for Elizabeth May when she asks about the proposed tanker ban in the Salish Sea.

There have even been some great moments. QP during the parliamentary crisis in 2008-2009 when we almost had a Liberal-NDP-BQ coalition form against the Conservatives had some great exchanges which I hope become a future “Heritage Moment.” Stephane Dion, Jack Layton, and Stephen Harper were all making great points and everyone was fired up about their democracy.

However, QP also has a tendency to become ridiculous. I still haven’t forgotten last year when Tom Mulcair asked Paul Calandra about Canada’s military involvement in Iraq, and Calandra answered the question three times with some variation of, “Canada will always support Israel!”

Last week, this ridiculousness unfortunately went to the next level. In an effort to make the June deadline for doctor-assisted suicide legislation, Liberals were considering “motion 6” to extend house sitting hours to June 23, allowing for more debate to take place. However, this would be in the form of the house speaker, Liberal MP Geoff Regan, being the one to decide when that adjournment should take place. This means that the Liberals could potentially use a legal tool to invalidate delay and filibuster tactics by the opposition parties.

Afterall, only 61 per cent of voters didn’t choose the Liberal Party in October.

This is a tactic that might be less surprising if done by the last government, but has ultimately yet to be used by this government. The Liberals withdrew this motion on May 19 to the pleasure of the opposition, but House Leader Dominic LeBlanc stressed the Supreme Court deadline for new legislation.

In between all of this was the hashtag “elbowgate,” which is embarrassing for everyone in the room, with exception of Elizabeth May. It also spent way too much time being talked about online. It’s no good for an institution to only become popular when something embarrassing happens.

“Some members in the opposition parties realized, if we block the way here when the whips do the required walk from the back of the House to the front of the House, if we delay the vote by even three minutes, then we throw off the government’s whole C-14 schedule,” May said to CBC’s Metro Morning last Thursday. May also said in parliament that it was “unwise” for Trudeau to attempt to physically guide the whip.

If you watch QP and see your party or your MP do something you don’t like, I strongly recommend that you send an email to their office. As long as it’s written decently and cordially, someone in the office will read it, sometimes even the member themselves.