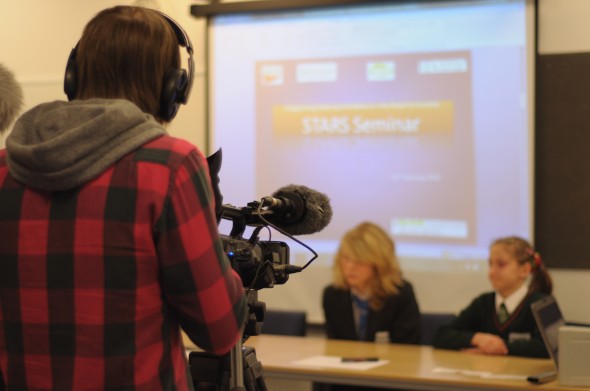 KPU students entering the journalism program this year will have to take INDG1100, Introduction to Indigenous Studies, as a degree requirement. The course’s first offering is in Spring 2017. (Flickr: City College Norwich)

The course’s first offering will begin in the spring of 2017, and Journalism Department Chair Beverley Sinclair says the course was added to the program after the Truth and Reconciliation Commission (TRC) released their list of recommendations in 2015.

“It’s been long overdue, especially in a field like journalism,” says Justin Bige, who helps at the Aboriginal Gathering Place on KPU’s Surrey campus.

In the media section of their Calls to Action document, the TRC wrote: “We call upon Canadian journalism programs and media schools to require education for all students on the history of Aboriginal peoples, including the history and legacy of residential schools, the United Nations Declaration on the Rights of Indigenous Peoples, Treaties and Aboriginal rights, Indigenous law, and Aboriginal–Crown relations.”

According to the course website, INDG1100 pays special attention to the histories, cultures, and contemporary situation of Indigenous peoples in Canada and The United States of America.

The course description suggests a curriculum focusing on history rather than media-specific lectures. But the course still aims to help students develop informed views on Indigenous cultures and histories, and will include teachings and perspectives from band elders and local communities.

The journalism department is ensuring that the course is in a convenient timeslot for all journalism students. Students further along in the program will not be required to take the course.

“I actually think that it should be a requirement for all students,” says Sinclair. “But we’re starting with ours.”

Sinclair says that most Canadians lack an understanding of Indigenous issues in Canada. Some critics posit that media can report on Indigenous people as if there’s always a crisis to capture.

Bige agrees. Media can fail to report on regular, community stories or positive stories. He says journalists still tend to tokenize Indigenous people, and retell other ill narratives, like the illustration of reserves as being “privileged.”

He thinks that news reporting, for example, could show more contemporary depictions of Indigenous peoples in Canada.

“There are contemporary natives in information technology,” says Bige, “And we don’t hear about them.”

“If the same stories of Indigenous people are presented, that reinforces stereotypes,” says Lenée Son, a fourth-year KPU journalism student. She says that perpetuating stereotypes can be harmful to marginalized groups of people.

Son, who has reported on various marginalized groups, says there has been “a long history of racism” against Indigenous people in the media. That, she says, may have created a distrust for them against journalists.

For the incoming journalists at KPU, Son believes that INDG1100 will inform their cultural biases.

In turn, the hope is that new journalists will do better to turn the ears of Canadian news-consumers to the voices of some of the country’s most marginalized.