KPU Students Deserve a Safety App of Their Own 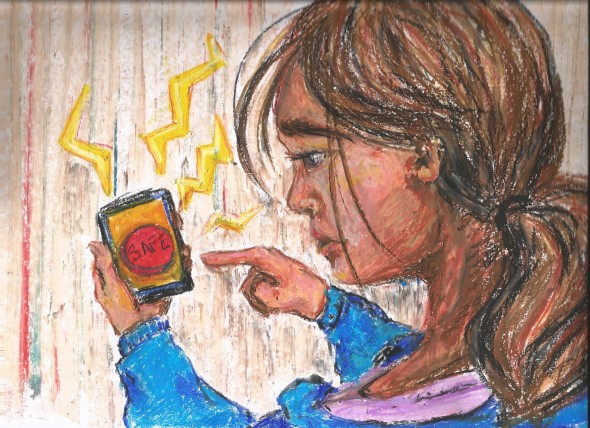 In conjunction with AppArmor—a company that specializes in mobile safety apps—Capilano University, BCIT, Thompson Rivers University, and UBC Okanagan are among many post-secondary institutions worldwide that have established campus safety apps for their students.

These apps are designed to interact with students and security officers in a discreet and efficient manner. Not only are they used for fast communication between the users and campus security, but also, the app also provides a variety of information for the user. A full directory of security contact information, campus maps, and detailed instructions on what to do in various emergency situations are some of the features that safety apps provide.

It’s a lot easier to open up an app than to google your campus security phone number. Users are also a lot more likely to request a walk to their car via app rather than picking up the phone to make a call.

GPS and location-tracking software paired with a one-touch feature allow for safety dispatch to precisely locate the individual’s whereabouts in the event of an emergency. Apps of this nature generally have a notification feature that allow security to notify users about any potential dangers across campus as they are reported and confirmed.

The types of dangers a safety app can help alleviate include awareness of any possible threats, whether it be bears, sexual assaults on campus, or rampant gunmen. No safety concern is too small, and through the use of push notifications, users can become instantly aware of any potential threats.

It’s not uncommon for campus security officers to offer safe walks to and from bus stops and parking lots late at night. This app would facilitate and expand on those types of services, providing safety and security to both faculty and students across KPU.

One challenge for KPU implementing this type of app is that there are four different campuses throughout the Lower Mainland. That means four different locations and four different sets of security contact information. While I don’t claim to be an app developer myself, I’m almost certain there is a way to create one app, usable across all campuses, without compromising safety.

The alternative is designing four separate apps—one for each location. UBC Okanagan has an app solely for their location, and there has been talk of UBC Vancouver coming out with their own app in the future. It wouldn’t be so unreasonable for KPU to have separate apps as well.

However, students often attend classes on a few different campuses at KPU, so there would be a huge benefit to having one app that works well across all four campus locations.

Students and faculty spend a lot of time on campus, and KPU should provide them with access to this type of app. It provides both a sense of security on a campus-wide level and lets students and faculty know that the university takes their safety seriously.