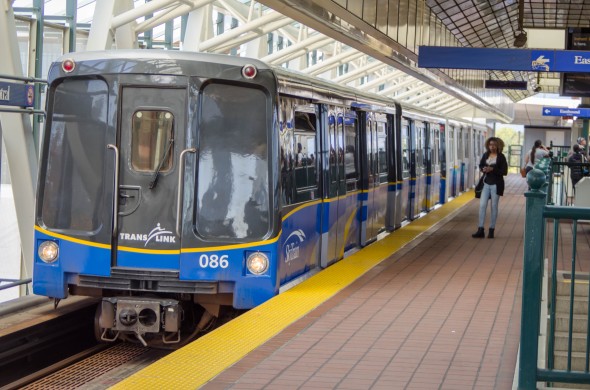 Last year, 61.7 per cent of voters said no via referendum to paying taxes for improved transit in Metro Vancouver and its surrounding areas. As expected, the quality of transit subsequently plummeted, and is still the source of countless complaints today.

That may explain why, this year, the Mayor’s Council of Vancouver voted in favour of said tax, despite the referendum. It is acting as part of the City’s 10-year, $7.5 billion plan for improved transit and transportation—so it seems that, despite public disagreement, $3 of property tax per year will be coming out of public pockets anyhow.

That small, annual fee will spruce up transit by raising funds for new SkyTrain cars, a new Seabus, and improved bus service.

Speaking from the perspective of a U-pass wielding student, it’s about time. Riding on the SkyTrain sounds and feels like being in the depths of hell 90 per cent of the time. The screeching and rattling of those old train cars is enough to drive anyone without headphones crazy, and they need maintenance checks often enough to screw up schedules from Vancouver to the Fraser Valley.

While I can’t personally bash the Seabus, I do know the soul-killing, blood vessel-popping, mood-destroying frustration of getting around on normal buses. Extremely rare is it that they show up on time—even less likely if you’re in the suburbs, like most KPU students—and when they do, they’re probably overpacked. They’re also normally dirty, wet, and cold on any given day.

Several of my peers and I spend at least an hour on transit every day. Usually, on most weekdays, it’s upwards of three hours sitting on a bus or train for yours truly.

Because of that unpleasant reality of my life—which, granted, I choose out of personal preference for financial and environmental reasons—I am extremely biased towards a property tax. In my eyes, $3 out of my savings account is worth feeling happy and healthy after getting from point A to point B, but not everyone agrees. That became evident with the 2015 failed referendum.

My best guess would be that drivers don’t want to pay for transit folk’s benefit. A select margin of transit riders might even think that TransLink is doing a fine job. But due to the Mayor’s Council, they’re going to have to lump it.

The Council’s report claims that, “if we do not address the growth-related congestion and transportation challenges before us, things could soon get much worse.” That sounds ominous, and it is. With a ridiculously large influx of new residents, the transit we have now just isn’t cutting it anymore. And so, Council is “calling on the Provincial Government, once again, to make additional amendments to the TransLink governance structure.”

They will also be using B.C. Carbon Tax revenues, motor fuel taxes, provincial contributions, toll revenues, real estate and interest, and miscellaneous taxes to improve transit and transportation, with the property tax representing 23 per cent of the current overall fund.

In ten years’ time, they hope that more income will be gained from new revenue sources, toll revenues, provincial contributions, and real estate and interest. Council expects to be receiving less from transit revenues, motor fuel taxes, property taxes, and other taxes.

The property tax is mandatory in order for Vancouver’s transit to get better. I say it’s time to bring it on.