It isn’t as crazy as it seems
Joseph Keller, Web Editor 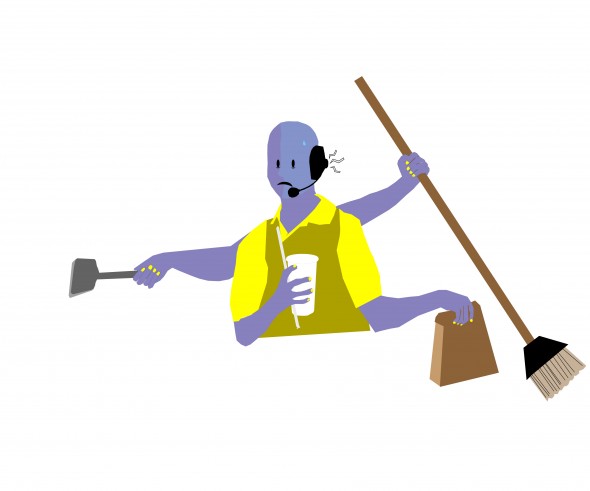 Perhaps the most striking aspect of the B.C. Green Party’s platform is the idea of a guaranteed income as a safety net for British Columbians who find themselves unable to bring in a living wage.

It’s an idea that has been toyed with in Canada by various groups for some time, but in recent years has gained a political foothold in mainstream Canadian politics. Still, the idea simply does not make sense to many Canadians, and there is strong ideological opposition to the thought of tax dollars supporting people who can’t, or won’t, support themselves.

The Greens’ plan for basic income is a way of introducing British Columbia to what is a new and strange concept for many. While it’s not likely to be implemented any time soon, we should come to an understanding about the concept, because it will likely only become more prevalent in Canadian politics as time goes on.

The B.C. Green Party has a five-year experiment planned to test the waters for a basic income in B.C. A small B.C. community would be selected to be the guinea pig, and for those five years residents making less than a living wage would have their income supplemented by the provincial government.

Basic income shouldn’t be seen as a way for people to live off of a welfare state while doing no work. It should be looked at as a safety net that allows low income Canadians to take the steps to pull themselves out of poverty without being forced to live paycheque to paycheque. A single parent with a basic income would have the opportunity to focus on putting themselves through post-secondary education, whereas without it, they might be forced to dedicate that time to a minimum wage job to support their children.

A guaranteed income could also benefit business by making the minimum wage obsolete. If the basic needs of employees are already being met, employers have no obligation to pay what is now considered a living wage. Businesses would be able to pay what the work is worth and what the market demands.

As it is now, the idea of a basic income still seems like a utopian fantasy, but the reality is that we may be reaching a point where it becomes a necessity. As automation takes over all aspects of industry demand for human labor decreases, which means that there will be fewer and fewer jobs to go around in the decades to come. The 2016 election in the United States was decided in part because of falling manual labor employment and a mistaken belief that jobs could be brought back to the U.S. from wherever they had gone. The truth is that, in many cases, those jobs weren’t lost to foreigners, but to machines. This new fact of life will not change, but grow. The earlier we start thinking about how to support the people that are left behind the better.

Canada’s flirtation with guaranteed minimum income is only beginning. While it’s not likely that the Greens will gain enough influence to put their proposed experiment into practice as a result of this year’s provincial election, there are concrete plans for a similar pilot in Ontario soon to be put into action by the Ontario Liberals, and the idea has already gained support in theory from the federal Liberal Party. The concept that has been introduced here in B.C. by the Greens is one we will certainly hear more about in the future.