As long as horses are properly taken care of, Victoria should keep the long-standing tradition 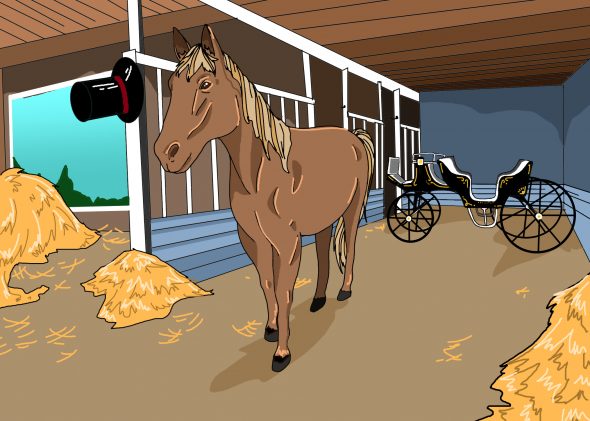 Not everyone in Victoria is on the horse-drawn bandwagon.

Since 1903, Tally-Ho Carriage Tours has been recognized as one of Victoria’s most iconic sightseeing experiences. Tourists in Vancouver can also go on horse-drawn carriage rides in Stanley Park. I can’t imagine someone visiting either city and not being able to go on a horse-drawn carriage ride. They’re both beautiful places for taking advantage of the various sightseeing options.

However, according to an article in the Vancouver Sun, Victoria Councillor Ben Isitt says that horses shouldn’t be used for recreational purposes. In order to make sure that the horses are treated humanely, Councillor Charlayne Thornton-Joe has proposed a bylaw amendment which would require horses to wear identification numbers that correspond with their name, description, and health record.

Thornton-Joe has said that there is growing concern over the horses’ well-being, particularly if they’re working in extreme weather such as excessive heat. There are also prohibitions against animals suffering from any physical pain.

However, as long as the horses are properly taken care of, they won’t be harmed. In fact, Tally-Ho Carriage Tours owner, Donna Friedlander, told the CBC that vets, farriers, and chiropractors always make sure that the horses receive the best care.

If horses are required to wear identification tags, organizations like the B.C. SPCA would be able to track their health. It’s not the most extreme method of protecting animals and it’s sufficient enough to keep an eye on how well they’re being treated.

Animal activists may still argue that horses aren’t meant to be “labourers”, but Friedlander has said that their horses have been bred for over 300 years to pull carriages. They can also benefit from walking on the pavement because it helps build stronger bones, ligaments, and joints. If horses have been used for this attraction for over a century, their health levels are probably decent enough to do the job.

The newly-passed ban on animal retailing in Surrey is one way in which activists are making sure that dogs, cats, and rabbits are not being handed to irresponsible pet owners. With that approach in mind, Isitt has a logical reason for saying that horses shouldn’t be drawing carriages because he wants them to stay safe. However, it isn’t necessary for Victoria—or Vancouver, for that matter—to enact a ban on horse-drawn carriage rides.

Currently, Victoria City Council isn’t considering a ban, which is smart because the proposed bylaw amendments will likely be successful in keeping track of horses’ health. In addition, staff at Tally-Ho Carriage Tours need to make sure that their horses are being monitored well and regularly.

The only way that the changes are going to make a difference is if they mandate health assessments of the horses. If an identification tag reveals that they’re deteriorating under unfair conditions, then the carriage tours should come to a complete stop.