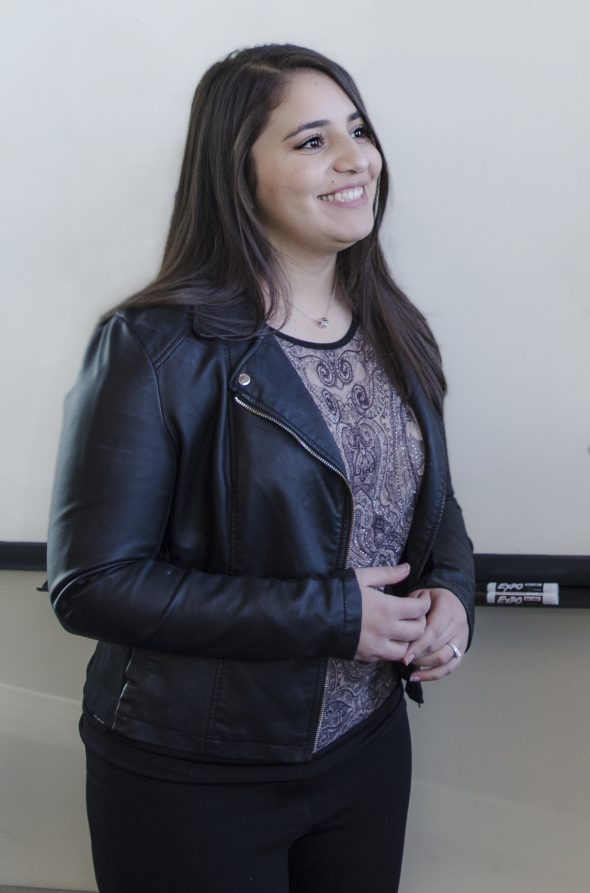 Starting this summer, the Kwantlen Student Association will be sponsoring a student refugee as part of a partnership with World University Service of Canada. The KSA has been considering the possibility of sponsoring a refugee for the past year, and at the KSA Council meeting on March 2, then-VP Finance and Operations Rawan Ramini passed the motion to make the sponsorship official.

Ramini says that it will cost roughly $28,000 to sponsor a student refugee for one year and that the cost will be split between the KSA and KPU.

With this decision, the KSA joins a growing number of Canadian student associations that are sponsoring student refugees. The UBC and SFU student unions both support student refugees through dedicated student fees for that purpose. Ramini says that, if this pilot run is successful, the KSA will likely hold a referendum to add a student fee for supporting future refugee sponsorships.

She also feels that “this is truly an opportunity to save someone’s life.”

The idea of sponsoring a student refugee was brought up over a year ago, when officials from both the KSA and KPU separately heard presentations from WUSC about their student refugee program. The KSA sent Ramini to Ottawa to meet with representatives from WUSC to learn more about it. While in Ottawa, she encountered a former student refugee who was supported through WUSC and has since gained citizenship and begun raising a family in Canada. Being told about this experience fully convinced her of the value of the program.

“You need to hear the stories to know how powerful this program is,” says Ramini. “It stands for everything the KSA stands for: empowerment, education, providing opportunity. It just fits right in with the values of the KSA.”

The KSA is currently in the process of meeting with the university administration to discuss their contribution to the student refugee initiative. KPU has yet to fully commit to contributing and has not confirmed exactly how much it may be chipping in, but Ramini is confident that these details will be worked out soon.

World University Service of Canada is a non-profit international development organization that operates a number of programs meant to provide employment and education opportunities for marginalized people. Program Officer Carolyn McKee says that WUSC’s student refugee program is one of its flagship initiatives.

According to McKee, WUSC works with specialized committees set up by the universities that it partners with. It provides sponsored student refugees with four pillars of support—financial, academic, autonomy, and social—with the help of student unions. Social support refers to helping students combat loneliness by creating social opportunities and helping to counter culture shock, but it can also mean providing mental health support and trauma counseling when necessary.

McKee points out that every refugee’s story and situation is unique, however, and that mental health and trauma services are not always required.

“We definitely try not to generalize. You are going to hear about stories of mental health and trauma and things like that with refugee populations, but we try not to make assumptions that students that come to this program will have had those experiences or want to talk about them,” he says. “So we want to basically be prepared for anything.”

To be eligible for a placement in Canada through WUSC, refugees must be between 18 and 25 years old, be single with no dependents, meet a minimum level of English or French proficiency, and be from one of the currently supported countries: Jordan, Lebanon, Malawi, Kenya, or Tanzania. In their home countries, applicants are interviewed by a panel of representatives from WUSC as well as representatives from their partner organizations, one of which is the United Nations. Before being placed, student refugees go through about a year and a half of pre-departure training.

“I’m really excited because Rawan has worked so hard to get this off the ground, so it’s going to be really great to see it all come to fruition and to start the fun part of the actual integration process,” says McKee.