Surrey Should Look to Vancouver for Updating its Airbnb Regulations 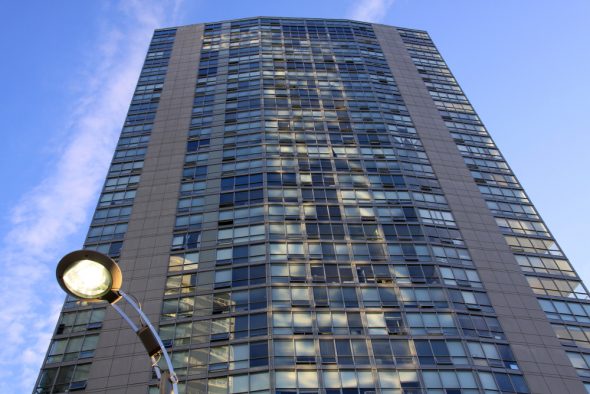 There are several unregulated Airbnb short-term-rentals in the apartments around King George Hub in Surrey. (flickr/waferboard)

A Vancouver bylaw that facilitates the regulation of Airbnbs in the city came into effect on April 19. The bylaw mandates that people who host short-term accommodations on the Airbnb website will need to obtain a $49.00 license before doing so. It also makes it illegal for people to rent out properties that are not part of their principal residence.

A fine of $1,000.00 per day will be levied against individuals who continue to advertise rentals on the site without posting their license number online, or who can’t prove that said rental is also their principal residence.

Vancouver Mayor Gregor Robertson said that the bylaw should free up about 1,000 residential units that were being used solely for the purposes of short-term rentals (STR), a practice which was technically illegal in Vancouver and other municipalities in the Lower Mainland, including Surrey. This is because the business and zoning laws that govern STRs, like bed and breakfasts, don’t extend to online platforms like Airbnb and Vacation Rental by Owners—even though these services have become increasingly popular over the past few years.

This blind spot in regulation and enforcement has led to the creation of a “grey market” where thousands of property owners are essentially running businesses analogous to a bed and breakfast, but without being held accountable to the same levels of regulation.

For instance, if you run a bed and breakfast, or any other kind of business out of a residence in the city of Surrey, you need to apply for a “Home-Based Business License” which requires you to submit important information about your business to the city. You also have to pay the license fee, which in the case of bed and breakfasts, is $109.25 per year.

Clearly, this is not something that most, if any homeowners that operate Airbnbs, actually do, and it’s difficult for the city to enforce this without assistance from the website. Zoning bylaws and property strata councils are also capable of disallowing Airbnb-style STRs, though there’s only so much they’re capable of without having the back up from municipal enforcement.

We’ve all heard those anecdotes about wealthy people who buy up to 10 or 15 apartments solely for the purpose of renting them out over Airbnb, or strata tenants who turn their townhome into a rowdy hotel. This behaviour negatively impacts local affordability by reducing unit supply, and it pisses off the neighbours who have to contend with new streams of people constantly coming in and out.

It’s a big pickle for Surrey—on the one hand, we can presume that the city wants to encourage responsible business ownership and entrepreneurialism without being too overbearing. On the other hand, the city needs to listen to those who are victimized by abuse of the STR market.

Therein lies the genius of Vancouver’s new policy. Because the City of Vancouver reached an agreement with Airbnb directly, the website is going to help enforce its restrictions by blocking new hosts who don’t show their license numbers. This shares some of the responsibility of enforcement to the entity who has the most power over the user base. The $49.00 licensing fee is relatively light, and since Airbnb reportedly controls well over 80 per cent of the STR grey market in Vancouver, the policy will be able to scale to the size of the market and hopefully become the new norm for STRs in all Metro Vancouver municipalities.