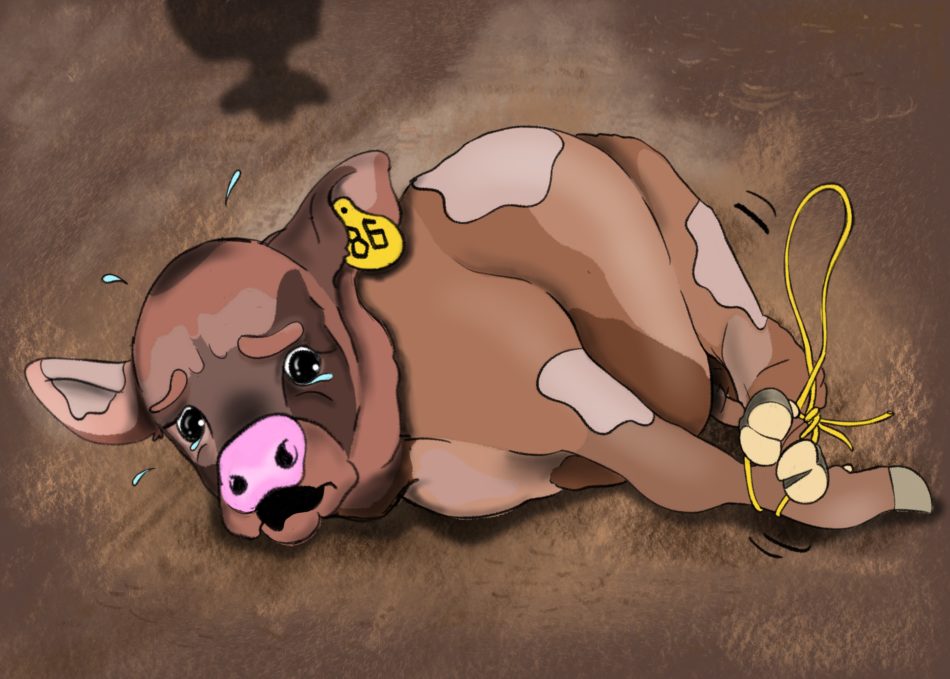 Earlier this month, The Fraser Valley Animal Rights Association staged a peaceful protest at the Chilliwack Rodeo. The Association drew the support of actor and outspoken animal right activist Pamela Anderson, who called for an end to “rodeo cruelty in Chilliwack” on Twitter.

The reason why the Chilliwack rodeo was singled out is because it continues to host events like calf-roping and steer-wrestling, both of which are considered to be less humane than other rodeo events because of the suffering they cause to animals. For context, the Cloverdale rodeo banned these events in 2007, after the Vancouver Humane Society publicly campaigned against them.

But some say that’s not enough. Over the last decade, the public has been paying more attention to animals being used for entertainment, which has led to meaningful change. It’s no longer legal to include elephants in circus acts, or to capture cetaceans for the purpose of keeping them in aquariums or performing at places like SeaWorld. Banning events like the Chilliwack and Cloverdale rodeos seems like the next logical step.

Rodeos are exploitative by nature. In them, animals are used as a source of entertainment, and in the process they are exposed to levels of fear and stress they would not have experienced otherwise. You’re kidding yourself if you think the reason a bronco or a bull is frantically thrashing around is because it’s having a great time playing in the mud with a person clinging to it, repeatedly kicking it in the ribs.

These horses and bulls are not the well-groomed star athletes that rodeo culture presents them to be. They’re animals being thrown into situations specifically designed to scare them for our amusement. It’s sadistic.

One of the arguments that rodeo-lovers raise in response is that the animals used are treated well compared to general livestock. Veterinarians constantly and meticulously monitor the health of rodeo horses and bulls to ensure that they are fit enough to be used in competition. However, this does nothing to mitigate the pain and fear they feel in the moment, and it doesn’t guarantee that they will leave the rodeo injury-free.

The VHS found that, since 1986, at least 60 horses have been killed at the Calgary Stampede in chuckwagon races alone.

I have been to a few rodeos before, and I’ll admit that it can be a thrilling experience. The fun of watching an unpredictable event alongside thousands of other spectators, the classic conflict between humans and nature presented in a gladiatorial stage, the danger of contending with a 1,500 pound animal going berserk—it can be exhilarating.

It’s also much more affordable than Cirque du Soleil or catching Drake at Rogers Arena, and in an age where live entertainment is becoming more and more expensive, it’s nice to avoid ponying up hundreds of dollars for a few hours of fun.

Still, it highlights one of the more baffling aspects of people’s attitudes towards the treatment of animals: how we decide which ones deserve their rights protected and which ones we’re happy to ignore and let suffer.

In 1970, British psychologist Richard Ryder coined the term “speciesism”, referring to the tendency to arbitrarily discriminate against certain species regardless of its capacity for intelligence. People would be shocked if rodeo calves were replaced by golden retrievers, for instance, despite our collective agreement that both species have the ability to experience suffering.

There’s a reason why animal abuse is illegal. If the sight or thought of a panic-stricken animal desperately trying to outrun someone who wants to force it to the ground and tie it up doesn’t disturb you on some level, maybe you should ask yourself why that is.