Put It in Me: Linking IUDs and Endometriosis

Take the initiative to research reproductive health for yourself 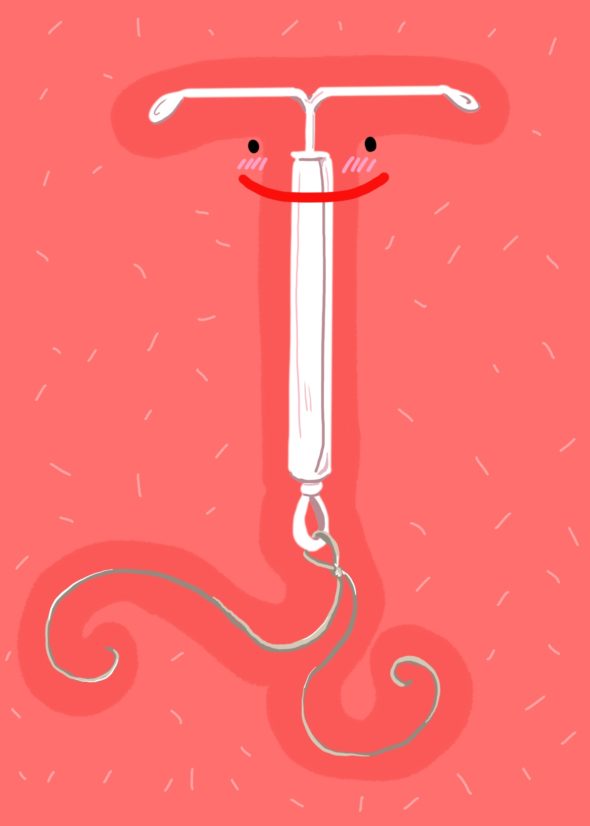 For the past 13 years I have been at war with my uterus. It has been a painful, bloody, and sometimes crippling battle.

Reinforcements, also known as doctors, have been less than helpful. I went to them in search of weapons and tactics to use in this epic conflict, which I’m sure Hans Zimmer would write the soundtrack to.

What am I fighting my uterus over? A pretty common condition called Endometriosis, and though it affects an estimated 1 in 10 women in North America, its severity and symptoms vary. Personally, I have been (knowingly) dealing with Endometriosis since I was 17, but the doctor who diagnosed me was sure that I had it since I was 16.

For those who don’t know, Endometriosis is a painful disorder which causes the tissue that usually lines the inside of the uterus to grow outside of the uterus and onto the ovaries, fallopian tubes, and tissues lining the pelvis. This also can result in cysts that grow on the ovaries. These are very painful, and having them is what led to my being diagnosed.

Long story short, I had a large cyst burst, which caused me to pass out in the middle of history class in Grade 12 because the pain was so extreme. Since then, I have been on birth control to level out the pain, nausea, and other various symptoms that result from Endometriosis. Without birth control, I wouldn’t be able to function for a week out of every month. And this is where my frustration begins.

For the past six years or so, I’ve been looking into options outside of birth control pills to help my condition. In this time I’ve been told that I am taking the lowest dose I can, so I have nothing to worry about. I’ve had other birth control brands suggested to me, heard male doctors mansplain my own condition to me (I had to bite my tongue very hard), and been told to go off the pills cold turkey and “deal with it,” as one doctor said. I have also been told to use naturopathic aids, which I am always open to, but they did nothing.

The one thing that none of them did was tell me that there is an IUD that can be used as a treatment for Endometriosis.

I never knew about hormonal IUDs until I spoke to a friend about them a couple of months ago. I didn’t know it releases a lower dosage and is healthier for you than taking pills, and I didn’t know how helpful it could be to me until a counselor at the women’s clinic gave me the information no MD ever told me.

This made me furious, but not surprised. Most times, when I went to the doctor to express my frustrations and pain, it was brushed off and I knew I was not being taken seriously. I was just another woman exaggerating about the pain she experiences.

Being a woman who has dealt with Endometriosis for over 10 years, not being told all my options by a doctor, or even a gynecologist, enraged me. I expressed this at the women’s clinic when I went in to get my IUD, and they told me very bluntly that it’s common. Frequently, they said that women complained about not being heard, not told about all of their options, and being left in the dark as to what they can do to help themselves.

When I finally did learn about the Mirena Hormonal IUD and its benefits, it took only took me a moment before I looked the counselor dead in the eyes and said, “Shove it in me.”