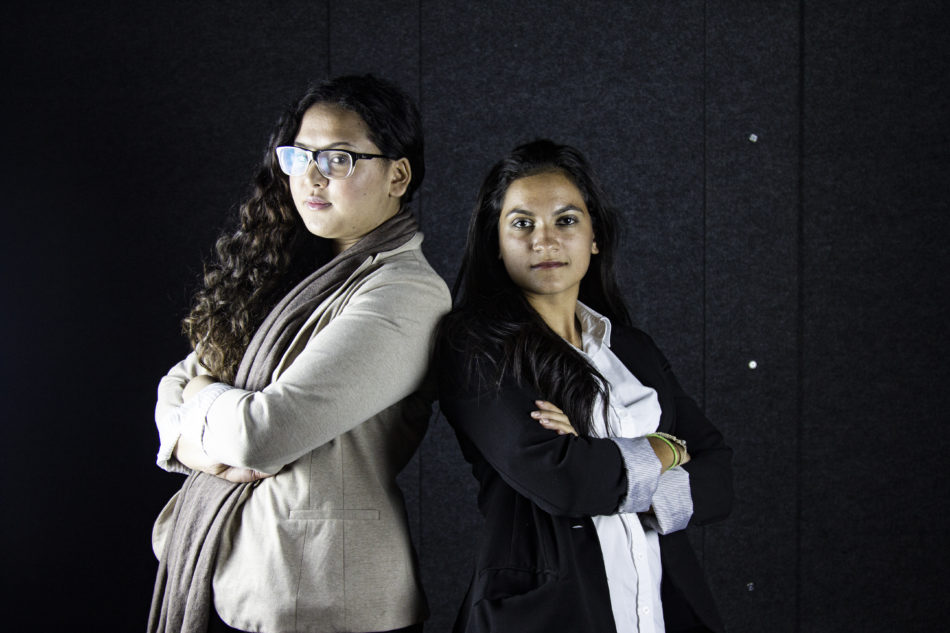 (Left to right) Lenee Son and Elina Gress, graduates of KPU’s journalism program and filmmakers of “My Name Was January” (submitted).

January Marie Lapuz, a 26-year-old transgender woman, was found in her New Westminster apartment in September 2012 with multiple stab wounds. She later died in the hospital.

My Name Was January is a documentary film that explores Lapuz’s life. It was created by Elina Gress and Lenee Son, graduates of KPU’s journalism program.

Gress explains that Alex Sangha and Ash Brar, founders of Sher Vancouver, approached her and Son about making a short film about the life and legacy of their friend January Lapuz. Sher Vancouver is “a non-profit society for LGBTQ+ South Asians and their friends, families, and allies,” according to the group’s website, and Gress says that Sangha and Brar have been incredibly supportive since they began the project three years ago. She adds that the founders saw potential in Gress and Son—both women of colour—to tell January’s story as a woman of colour.

As the classmates began investigating and developing their film, Gress says they discovered that there was “more to the story” than what originally met the eye.

“It’s not just January; it’s about her and her struggles as a transgender woman of colour,” she explains, adding that, prior to working on the project, she was largely unfamiliar with transgender issues.

“I wish I had met her because she seems like a fun gal,” says Gress. “We wanted to highlight who she was as a person.”

Before long, Gress and Son decided to continue pursuing Lapuz’s story as a feature-length documentary film.

“It didn’t feel right to just do a two-minute video just about January,” Gress explains. “We wanted to highlight … [that] she did have struggles, but she was also a person. And the fact that she got stabbed 18 times because she was transgender … it wasn’t okay for us, and we need to make that clear that she’s a person.”

For the expanded version, the pair spoke to other transgender women of colour because, as Gress put it, every woman has her own unique experience. From the people she interviewed, Gress says she learned that Lapuz was a “radiant and glowing” person, and that everyone had only good things to say about her.

Gress says that her professors, particularly Mark Hamilton, supported her and Son throughout their endeavor to create the documentary. Both students were fascinated by multimedia storytelling, including photography and videography, and they learned the skills necessary to produce the film from Hamilton.

The documentary has already been recognized in California, winning an Award of Recognition in the LGBT category from the Best Shorts Film Competition. This achievement took Gress by surprise, who says that it was never their intention to attend film festivals, but rather to perform her job as a journalist, to change public perceptions, and “to share January with everybody.”

My Name Was January was accepted by several U.S. film festivals and is currently being submitted to various local film festivals. Gress is hoping that it will be officially released sometime in 2019.