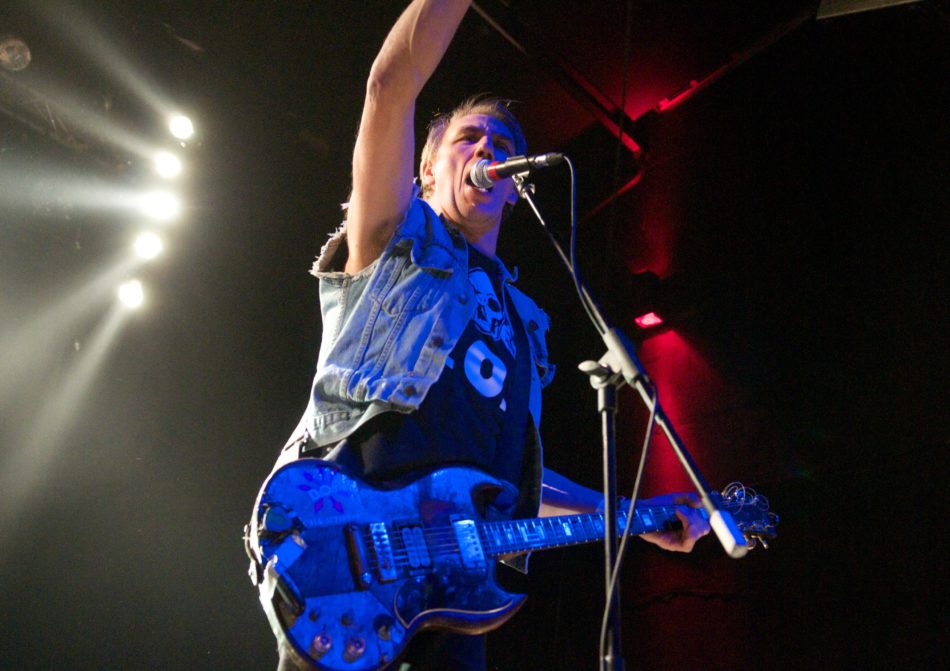 Burnaby has a punk in office.

Joey “Shithead” Keithley is Burnaby’s newest city councillor, marking the first successful campaign of all his past attempts to get elected—in 1996, 2001, 2015, and 2017 for the same role with the Greens and again as an NDP provincial candidate in 2013.

Above all else, the guy is resilient, and that determination has finally won him a seat at the legislative table. In typical punk fashion, he’s breaking the Burnaby Citizens Association monopoly by being the only member of the Greens among seven BCA councillors.

Those familiar with D.O.A.—a notorious Vancouver punk band fronted by Keithley that was most popular (and, in some circles, rather unpopular) in the eighties—might find the image of him grinning demurely in a campaign tee hilarious. That’s reasonable. As a public figure, Keithley has long been associated with raucous shows, spilled beer, and unabashed anti-authoritarianism. Such is the punk mentality, and D.O.A has done it well for almost 40 years.

When he announced his plans to run in this year’s election, Keithley wrote: “I am going to fight for grassroots democracy where everybody’s voice is heard! I will put a stop to the heartless Demovictions that are a disgrace to Burnaby, B.C. and Canada. The Burnaby Greens will work towards making Burnaby a greener and more sustainable city. We will also do whatever it takes to stop the Kinder Morgan Pipeline expansion.”

Though these promises are lofty and largely unexplained, Keithley’s statements fall in line with his punk image and past ideals. In an article by Van Mag, a younger Keithley was quoted as saying, “D.O.A.’s about causing trouble, being shit disturbers, fomenting revolution. You have to kick the giant—even if it’s only in the toe. If you don’t, the authorities will take advantage of you. That leads to musicians being more concerned with bling than ideas. Kicking the giant helps keep the powerful from feeling too secure.”

Then in 2010, as a father and husband, he said: “You turn on the TV today and you see that all the things wrong are still there. The companies are bigger, the police more out of control, the proximity of fascism nearer. The whole Orwellian thing. I don’t get plastered anymore—the angry young man is gone—but I like to think I can still change things.”

Joey “Shithead” Keithley is still in one of the most political bands to break out of the Metro Vancouver area. People got into fights at their shows. Riot cops came to shut them down. They played at protests and to politically oppressed demographics all over the world. As long as they were together—taking into account their two hiatuses—they haven’t let up, and are still recognized as one of the founders of their genre.

Back then he was an anarcho-punk. Today, he’s living in the same city he was raised in and serves that city on council. He stays home with his kids, runs his record label with his wife, and still writes songs about the injustices, which earned D.O.A. its reputation as a group of chaotic, angry radicals with too-loud guitars.

My theory is that this is what happens when radical longtime ragers-against-the-machine get older and more weary of trying to change the system from the outside. If you can’t beat ‘em, join ‘em—or at least get elected so you can support the policies that you believe have the power to incite change.