Those who are struggling can find help from their school, their community, and each other 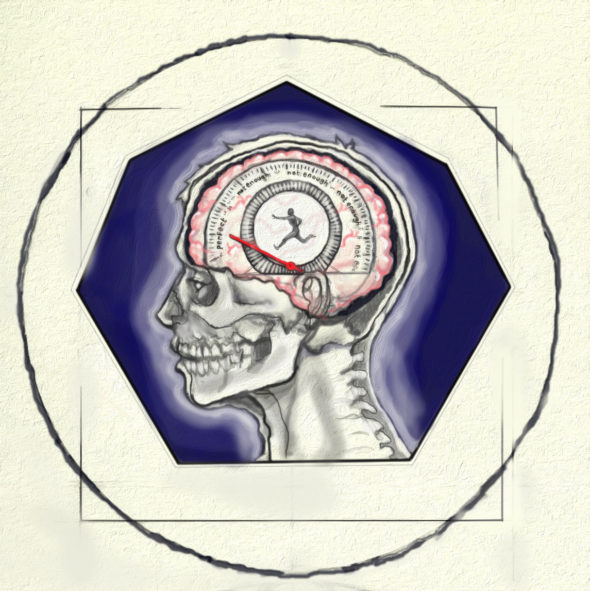 There are a few clinically-recognized types of eating disorders in the American Psychology Association’s Diagnostic and Statistical Manual of Mental Disorders, known commonly as the DSM V.

Anorexia nervosa manifests in behaviour which prevents maintenance of a healthy weight, including restricting calorie intake due to a fear of weight gain and distorted self-perception.

Binge-eating disorder refers to repeatedly eating large quantities of food regardless of hunger levels, and is often accompanied by feelings of guilt, depression, or psychological stress.

Bulimia nervosa is a disorder characterized by alternation between food restriction and binge-eating. It can cause repeated episodes of “purging” food through self-induced vomiting in order to stop weight gain.

Eating disorders can lead to life-threatening complications like malnutrition and heart failure, as well as adversely affecting mental health and wellbeing in one’s personal, professional, and academic life.

A 2005 BC study at St. Paul’s Hospital concluded that, over the course of 20 years, 1 in 10 people diagnosed with anorexia nervosa would die from complications related to the disorder. Eleven years later, the Ontario Community Outreach Program for Eating Disorders published a report based on data from Statistics Canada which claims that between 725,000 and 1,088,000 Canadians meet the diagnostic criteria for having an eating disorder.

While statistics on the subject vary, the consensus among experts seems to be that people who could be diagnosed with an eating disorder have a lower rate of self-reporting than those who are dealing with other kinds of disorders. Social, cultural, and self-esteem issues, as well as traumatic experiences, can all contribute towards worsening a person’s eating disorder. Stigma against people with mental disorders persists in our society, and it can cause those struggling to ignore or hide their symptoms from others. This prejudice can be felt particularly strongly by men with eating disorders.

“I’ve learned to be careful about who I share this with,” says Graeme, a second-year student at The University of the Fraser Valley. “Mostly it’s the stigma and shame, and that one rule for guys which is, ‘Don’t be weak; don’t be a pussy.’”

Graeme, who asked to be referred to only by his first name, has been going through treatment for his eating disorder for over a decade, and was first admitted to the hospital in 2006 after the level of potassium in his blood dropped so low that he was at risk of having a heart attack. At the time he was experiencing hair loss and was having difficulty standing up.

In the years since then, Graeme has been involved in a number of institutional treatments and programs for eating disorder recovery such as group therapy, nutritional programs, and even eye movement desensitization and reprocessing psychotherapy, which asks patients to recall traumatic events while moving their eyes side-to-side.

In 2015, he took part in an ayahuasca ceremony on Vancouver Island in the hopes of addressing and understanding his trauma through psychedelic experiences.

He stayed at St. Paul’s hospital from October 2017 to January 2018 before moving to the Discovery Vista House residential treatment program until May. Vista collaborates with St. Paul’s eating disorder program and “involves intensive group and individual psychotherapy” for up to 10 residents at a time, according to information available online. The residents live together and help support one another through the treatment.

“When you have that sense of connection it does help significantly; knowing that you’re not isolated, that you can actually talk to somebody without filtering your words or expecting a weird response from somebody,” says Graeme.

As a student, Graeme feels that living with an eating disorder, or any other mental health disorder, can present enormous challenges when it comes to working and studying.

“I don’t think that students with an eating disorder or depression or anxiety disorders suffer any more or less than each other, but it definitely is a big energy drain on top of what is already expected of you as a student,” he says. “There are few things as fundamental as eating, and given how many things go wrong when you’re not doing it properly, I’d say 40 to 60 per cent of your thought energy is going towards that.”

There are a number of services and programs that aim to support people who deal with eating disorders and help them along with their recovery. Online resources like the National Eating Disorder Information Centre website provide information, a helpline, instant chat, a service provider directory, and even volunteer opportunities and student placements in their organization.

Kelty Eating Disorders, based in B.C., has a website containing educational information, a crisis helpline, and a list of treatment options ranging from nutritional counselling to art therapy. It can also points people in the direction of local resources and mental help experts.

For students at KPU, there is the Counselling Services office, and Peer Support, which can offers students one-on-one time with other KPU students or graduates.

“We’d tend to prioritize the eating disorder because of the potential impact on various aspects of the student’s health,” says Nick Phillips, Director KPU Counselling Services.

There is an increasing amount of scientific literature that suggests that depression and anxiety disorders are a growing problem among adults in North America, and that they represent the most common mental health issues that students face.

KPU Counselling and Peer Support are equipped to help students face depression and anxiety disorders as well, but because of the extensive complications caused by eating disorders, referring students to external resources is their primary goal.

“For the volume we have, and for the type of service we have, ensuring that students can get good referrals and good connections with medical professionals outside the university seems the best way for us to go right now,” says Phillips. “You’d typically have a GP. You might have a psychiatrist. You probably have a psychotherapist, and you probably have nutritional support. So you have those things in a group, and of course, three of those four things we don’t have at KPU.”

Phillips says that Counselling Services experiences distinct peaks in students reaching out for help near October and March of every year, around the time when students are taking midterm exams. Counseling Services have intake through appointments and drop-in sessions from 10:00 am to 12:00 pm and 1:00 pm to 3:00 pm on different campuses.

“Having more avenues to receive support or to eventually connect to the type of support that you want to is always something that could be beneficial for students,” says Jennifer Lingbaoan, Peer Support Coordinator. “When someone comes and they open up about something that could be really personal and is probably impacting their life in various ways, even just coming through the door to our office is a big step for some people, and we don’t take that lightly.”

Like Counselling Services, Peer Support will work to find external resources for students so they can get the help they need.

“When we can’t support [students] directly and we refer, the other piece is trying to raise awareness, not just about what someone is dealing with, but what are the resources available?” says Lingbaoan. “How can we have that ready and out there so if a student feels that’s something that they need or that they want to look into, it’s ready? They don’t have to take that extra step of sifting through everything on Google trying to figure out what would work for them.”

Lingbaoan says that she suspects that men with eating disorders underreport their issues when their health is in decline.

“According to what I’m aware of about the statistics, it’s typically less common. But there’s this whole other piece with men and the expectations. Are the numbers accurate? I don’t know. I’m not too sure about that,” she says.

“In my experience, I would make an educated guess that the ratio of males to females is closer to 50-50 who have eating disorders,” says Graeme. “The reason a lot of this goes unreported is that there is a tremendous amount of stigma for guys in general talking about their issues.”

In addition to using medical treatment and institutional resources like psychiatrists and nutritionists, Graeme says that finding a community or peer to speak to can be an important part of the recovery process.

“That sense of community is irreplaceable. No kind of medication, nothing beyond that will help as much as knowing people that care about you,” he says. “I think that if we can have the conversation compassionately, we can all get to a much better place. Nothing bad comes from a better understanding of each other and understanding what’s underlying all of our issues.”

He adds that while pursuing help is difficult, “it is a change, but it is always worth it.”