From the Editor: To preserve what little identity KPU has, the university must keep its programming diverse 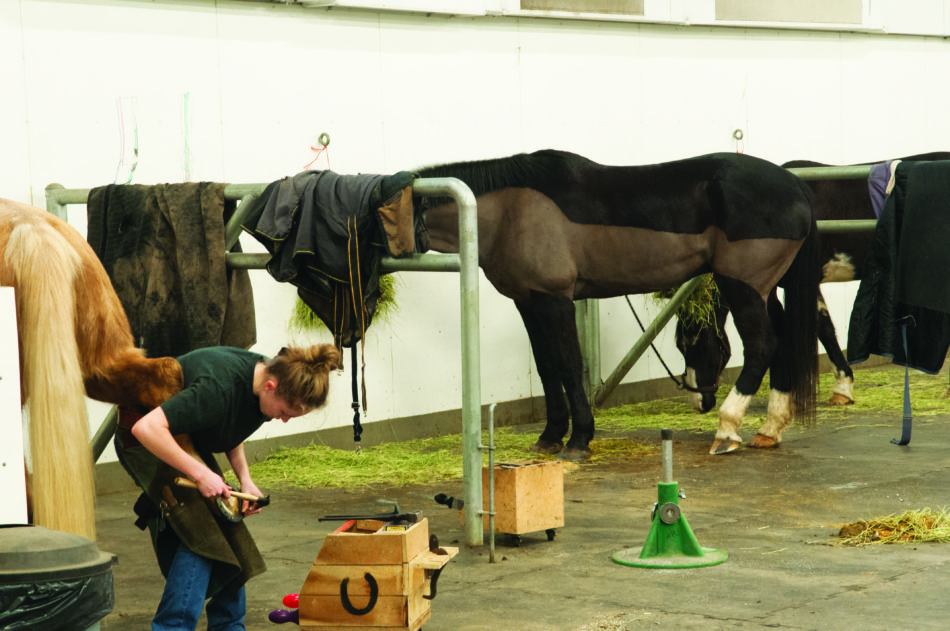 According to KPU President Alan Davis, the university administration is hoping to continue accepting applicants to the farrier program. (file photo)

Kwantlen Polytechnic University is in a financial pinch right now, as you’ll read about in the cover story for this issue, and one of the unfortunate consequences is that the administration is cancelling intake into some of the university’s most beloved programs.

The faculties thus far impacted by proposed cuts for the 2019-20 budget include arts, health, trades and technology, academic and career advancement, science and horticulture, business, and design.

Some of the students and faculty that could be affected by these cancellations have been quite vocal about their concerns. Participants in the music program, for instance, are planning a rally to protest the suspension of their intake, and representatives from academic and career advancement have repeatedly spoken to both The Runner and the university administration about why they believe their program should be left alone.

Over the past few weeks, word has been going around that the farrier program is at risk of having its intake cancelled. KPU President Alan Davis addressed those concerns in a recent interview with me, saying it’s a “great program” that the administration wants to keep around.

According to Davis, some of the intake cancellations are only being proposed to allow space and time for the university to make the affected programs more financially sustainable. In other cases, they simply need to be “reassessed” in terms of how they could be made more affordable. For the remaining courses, KPU needs to determine whether or not it can afford them at all.

The fact remains that with a loss of programming comes a loss of diversity. For example, discontinuing the farrier program due to financial hardship on an administrative level would have burdened and ultimately erased one of the communities at KPU that give it a sense of identity. The same applies to the music program, and for trades and technology, both of which occupy significant spaces on the Langley and Cloverdale campuses respectively.

Notably, although the faculty of science and horticulture is facing course section reductions across all departments, the programs for computer assisted drafting and design, environmental protection technology, and brewing are all exempt. The fact that Davis and the rest of the administration have recognized this by leaving select programs be is, hopefully, a sign that they understand how important it is to preserve niche (albeit expensive) course offerings.

Anyone involved in the goings-on at this university knows that a lack of student life is a huge problem at KPU. Most people don’t feel like they make strong connections here, or they feel like there isn’t a sense of passion or togetherness on campus. That’s why it’s crucial that, when music or farrier or ACA students get upset over the notion that their program might be under threat, the university needs to listen and implement their suggestions as well as they can.