Experts and Politicians Discuss Whether Vancouver Should Become a Megacity 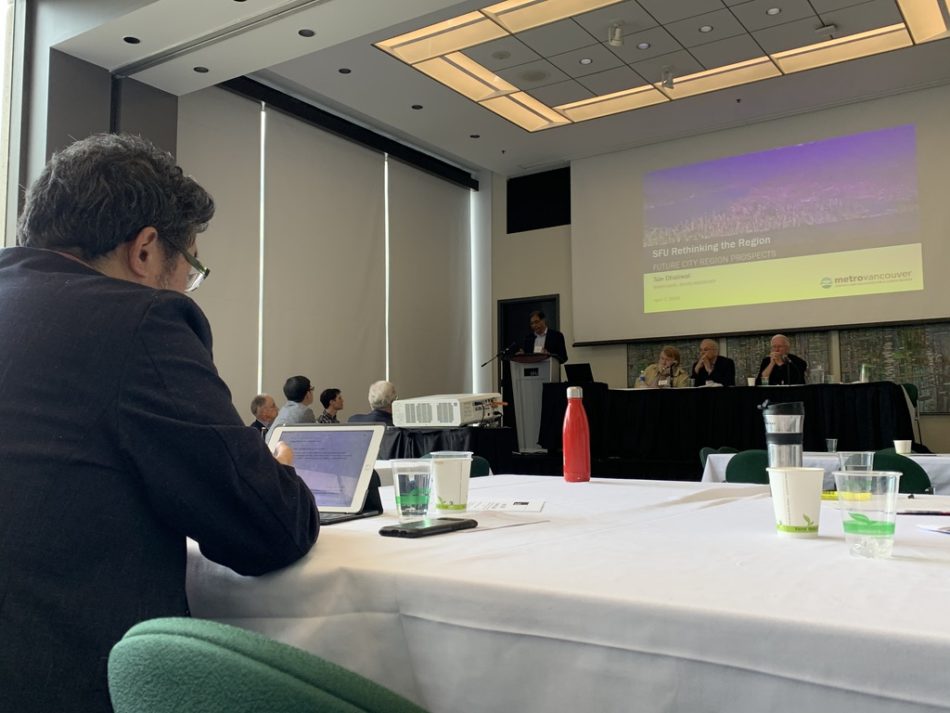 Citizens from around the Lower Mainland gathered at SFU’s downtown campus on April 2 to discuss whether Vancouver should become a megacity. Through this process, Vancouver would amalgamate all of the municipalities in the Metro Vancouver area to become one city under a central government.

As one would expect, there are many benefits and drawbacks to becoming a megacity. While having one municipal government for the region would mean a larger budget for major projects such as transit systems, there’s much more potential for issues concerning smaller areas to slip through the cracks.

The SFU event featured many prominent speakers who addressed some of these pros and cons. Metro Vancouver Board Chair Sav Dhaliwal spoke in the afternoon along with Richard Stewart, the mayor of Coquitlam, and the former mayor of the district of North Vancouver, Richard Walton.

“When it comes to individual communities, you need to understand the geographical anomalies and constraints that have created the local governments for where they are,” said Walton. “Sometimes what appear to be weaknesses are actually strengths.”

Walton went on to explain that many communities have different concepts of what they want their city to look like, and value diversity within their municipalities.

“The deeper you look into the history of all of our regions, you’ll find those stories that help define the character of communities,” he said.

According to Dhaliwal, regional compliance with amalgamation brings substantial benefits to the separate regions.

“Back in 1914, municipal leaders recognized that they would be far more successful in addressing region’s wastewater needs if they worked together, that they would be more effective and democratic than if each member tried to provide their own services,” says Dhaliwal. “You can see the value you get for money when you work collaboratively.”

While Toronto became a megacity in 1998, Erick Villagomez, a professor of Interior Design at KPU and an adjunct professor at the University of British Columbia’s School of Architecture and Landscape Architecture, believes that the process would be very different in Vancouver.

Villagomez says that if Vancouver became a megacity it would merely be switching labels, and would continue to function as it is now.

“This would almost be a redundant act,” he says, “[The cities in Metro Vancouver] have the recognition that certain scalar decisions have to happen at a regional level … and that the local decisions are left to the cities is very much already working in an amalgamated way.”