“I Am a Tandoori Chicken, Swallow Me With a Glass of Alcohol” Addresses Bollywood’s Objectification of Women 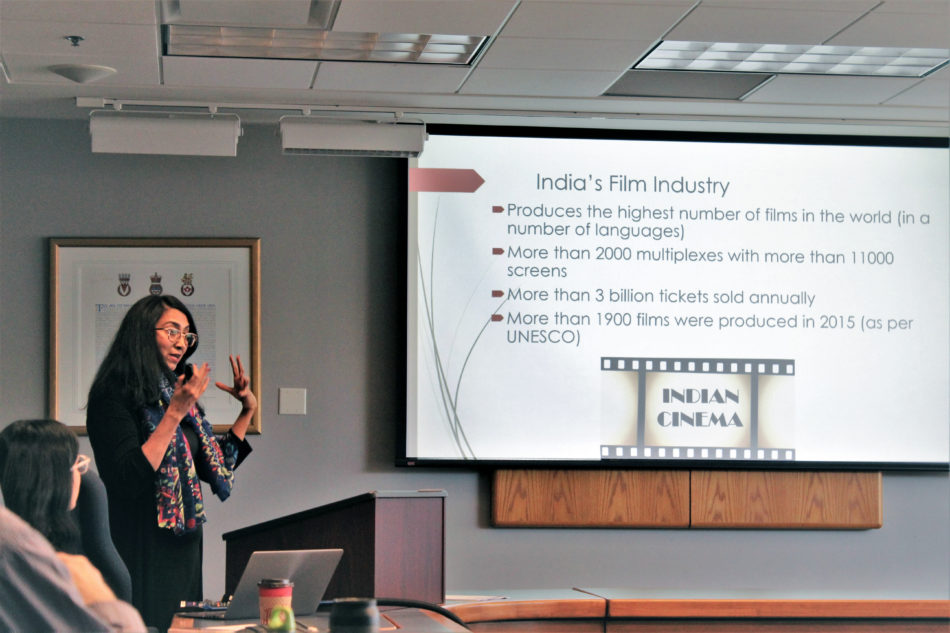 Bollywood is a massive industry. With over 300 films produced every year, there is little wonder that the industry is hugely successful in cinema. However, for all its glitz and glamour, there lies a dark underbelly to Bollywood’s history and success; one that comes at the cost of women’s dignity and respect.

Dr. Asma Sayed studies the glorification of female objectification in Bollywood film. In the KPU Boardroom, located in the Surrey campus’s Spruce Building, she presented on the complex history behind Bollywood’s more controversial elements.

During the event, which took place on March 19, Sayed discussed various issues such as the image of the “ideal woman” as a sexual object and sexist lyrics in popular songs. One example is in the song “Fevicol Se”, with the infamous lyrics: “I am a tandoori chicken, swallow me with a glass of alcohol.”

The presentation wasn’t exclusive to just cinema. Other issues in India were addressed and examined. Violence against women, social standards, and family politics were also key factors of the presentation.

For instance, she spoke about the notorious 2012 Delhi Rape Case in which a 23-year-old woman was raped and beaten. As a result, various protests were held in regards to women’s rights in India, as well as the sexist image that Bollywood projects.

One more film-centric issue that Sayed covered was the image of an “item girl.” In Bollywood films, the “item girl” is a woman who is paraded around as an object of desire to a man, all to the sound of catchy music described as an “item number.” The “item girl” is partially responsible for the acceptance of sexism in mainstream entertainment, Asma explains.

As the presentation went on, scenes from various movies were played. One of the clips presented was from the film Hum (1991). In a bar, a song called “Jumma Chumma De De” is sung by a young man who is surrounded by other young men holding cups of alcohol. Soon a single woman enters the scene, and the young man and his friends start crowding around her, enticing her to give the young man a kiss. Even though she initially refuses, he still pressures her to kiss him.

To this day, Sayed says, this sort of female objectification in Bollywood media is very prevalent. However, the industry is slowly making positive changes.

“There are also films that are now approaching these topics in a more progressive way,” she says.