“We need to deal with it, understand it, and move away from it,” says SANSAD Board Director Chinmoy Banerjee 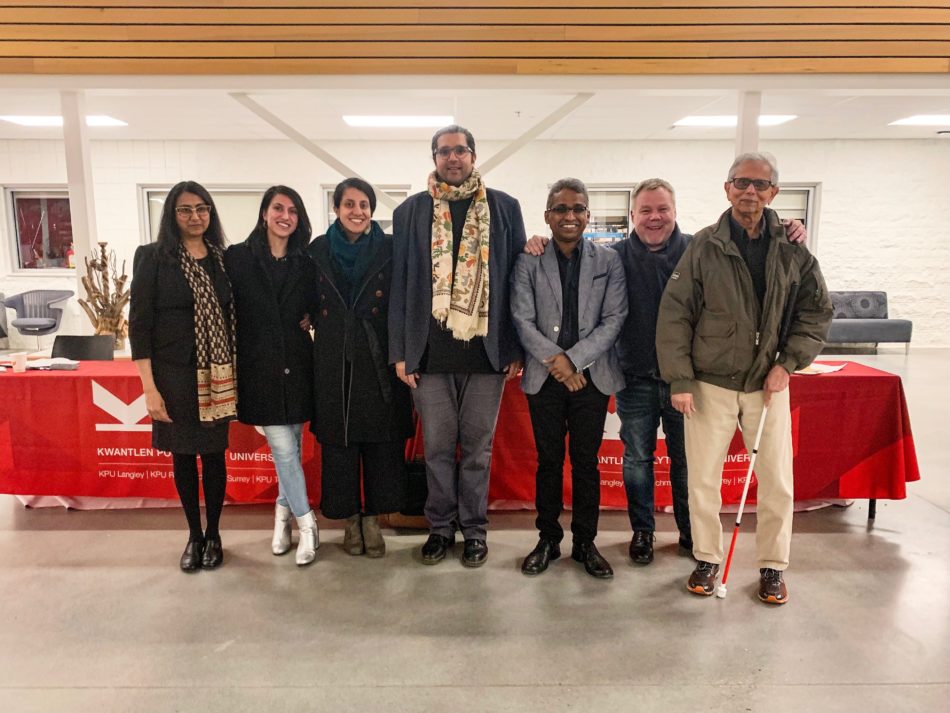 In collaboration with the South Asian Network of Secularism and Democracy (SANSAD), KPU hosted an event on March 15 called “Challenging Toxic Masculinities: A dialogue to discuss socio-cultural representations of gender.”

“It was raised in one of our [SANSAD] meetings that this is an issue that concerns young people, so last year we had organized a meeting in Langara college on this issue and we thought we should take it to Kwantlen Polytechnic University,” says Chinmoy Banerjee, a director of the SANSAD Board.

Staff, students, and members of the community came out to better understand how gender roles play a part in intersectionality—a term which, in this sense, is being used to describe how oppressive ideologies such as homophobia, racism, sexism, ableism, and so on are interconnected.

“There are a lot of small and large aspects of life that need to be tackled by everybody to fix the problem,” says Avery Doll, a student in attendance. “It sort of needs a paradigm shift to fix the whole problem as opposed to just one person changing the entire thing.”

Tasha Nijjar discussed how her four-year-old nephew told her that she was not allowed to play with him because she was a girl. She felt compelled to investigate the origins of the idea that boys and girls must play separately, especially since her nephew had only been surrounded by strong women throughout his life. She also discussed the role that clothing plays in women’s empowerment and objectification.

“Who’s making those [clothing] decisions and what’s it saying about women in those roles? As women, we all get to connect that in certain ways,” she says. “For some women that’s going to make them feel really empowered and for others it’s not, and that’s okay because we all relate to it differently.”

Dr. Gill touched on the idea of intersectionality by first presenting the audience with Tracy Chapman’s song “The Rape of the World.” The song addresses how the earth has been exploited in similar ways that men and women have been exploited in their gender role expectations. For instance, while patriarchal society expects women to cook, clean, and have babies, men are taught to be tough and never cry.

Dr. Wade Deisman brought the discussion full circle by presenting 48 things men hear in a lifetime and how common sayings like “pink is a girl colour” and “all men cheat, they’re programmed that way” are unhealthy for society.

Deisman went on to explain the close correlation between toxic masculinity and imprisonment, which disproportionately affects men. When they cannot conform to what is expected of them in society, they often turn to misbehaviour which leads to committing crime, he theorizes.

During the question and answer period, Rahman also explained how “social media and popular culture have a certain role to make toxic masculinity even more powerful.” However, he adds, “we also learned how platforms like social media can be used against it such as the #MeToo movement which was spread all around the world.”