Current provost Sal Ferreras will continue with the university until July, when Vanderburgh will replace him 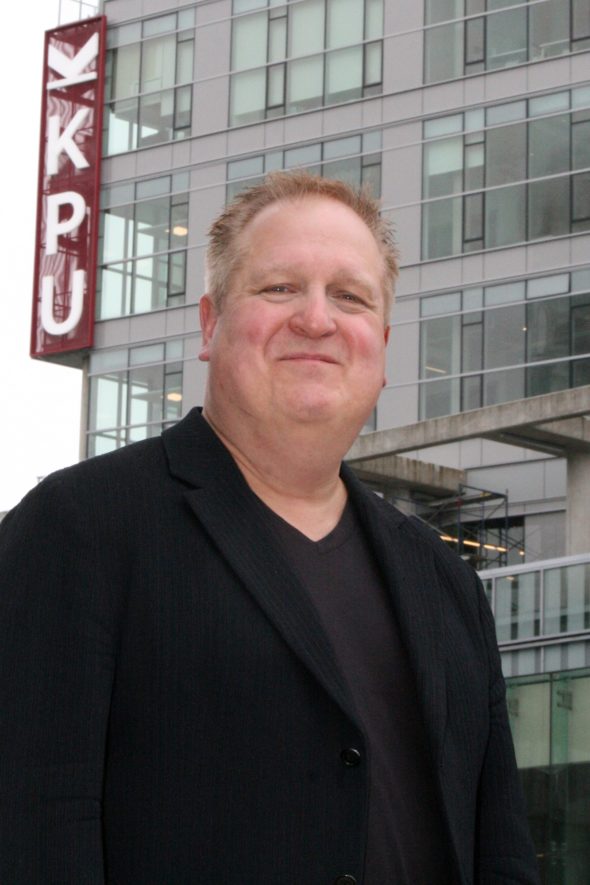 Kwantlen Polytechnic University has announced that Dr. Sandy Vanderburgh will begin serving as the university’s incoming provost in May, and will be fully taking over the position when current Provost and VP Academic Sal Ferreras transitions out of it on July 1.

After earning his PhD from SFU, Vanderburgh worked as a sessional geography instructor at KPU and in 1993 began teaching at UFV. He is currently serving as the outgoing Dean of Science and Health at Medicine Hat College in Alberta.

“I loved working at KPU,” says Vanderburgh. “It was my first introduction to running my own classroom, and they really placed a lot of value on their students’ success and their learning, and that kind of stuck with me throughout my career.”

Vanderburgh has spent years working in academic institutions in the Lower Mainland and in Alberta. After becoming the chair of the geography program at UFV, he moved on to Douglas College in 2006 where he served as the Dean of Science and Technology. In 2008, he moved to Lethbridge College, where he worked as the Dean Applied Arts and Sciences until 2016, when he transitioned to his current position at Medicine Hat College.

Over the course of his career, Vanderburgh’s work has been focused on researching coastal erosion around Oregon and southern Washington state—as well as different aspects of marine geology along the Columbia River—and he has authored and co-authored several academic articles focusing on these subjects. He says that he values imparting practical knowledge and including students in hands-on learning experiences.

The introduction of a new provost and VP Academic to KPU is a gradual process, and Vanderburgh will be easing into the role before fully taking the reins in July.

“Probably, for the first while, my main goal is just going to be to reacquaint myself with KPU and get to know the faculty and all of the people I’ll be working with,” he says. “I want to do a lot of listening to what students have to say and see how that fits in with Vision 2023.”

Last year, the university unveiled a five-year plan entitled Vision 2023, which outlines the goals and strategies KPU is committed to over that period of time. As the new provost, Vanderburgh will be in charge of the overall direction and leadership of KPU’s educational program planning.

The change in leadership is occurring during a period of budget difficulties for the university, as program intake cuts and suspensions are taking place at KPU, though Vanderburgh says he has experienced similar situations in the past.

“Here in Alberta, we faced significant budget cuts,” he says. “They’re not enjoyable to go through. But I think what’s important for me is keeping the role of the institution front-and-centre—and that, for me, has always been about providing students with excellent learning opportunities in a very safe and up-to-date learning environment.”

He continues, “I think the current administration is working hard to address the budget shortfalls. I know they’re challenging times for everybody. They’re not fun times. I know that it’s hard on faculty and hard on administration and staff.”