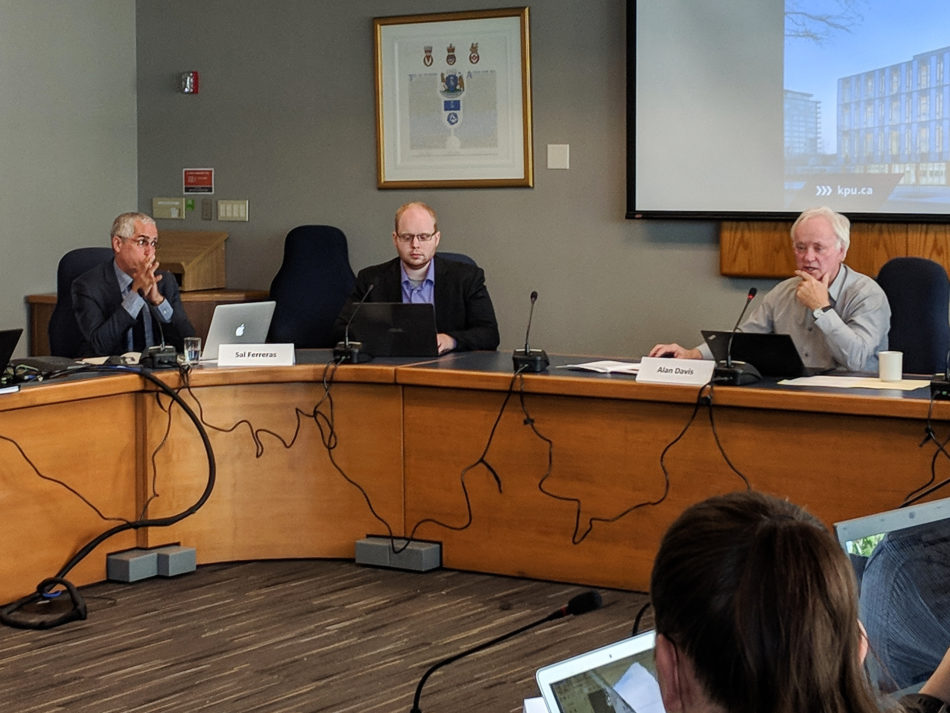 During a KSA Council meeting on Feb. 27, members of the student association expressed concerns that recordings of KPU Senate meetings had been made private. They are now accessible only through SharePoint, an online database and platform which can only be used by staff, faculty, and administration.

Students and members of the public will now need to submit a request that is subject to further approval from KPU. Agenda packages and approved meeting minutes will be posted as usual. For instance, the minutes from the latest meeting on Feb. 25 will be approved on March 25 and posted shortly after.

“Senate moved the recordings to the SharePoint website to better align with the intention behind the recording process, which is to provide a short term aid to the minute takers and to Senators in compiling and ensuring the accuracy of the official record of Senate meetings,” wrote KPU President and Chair of the Senate Alan Davis in an email statement to The Runner.

Student Senator and VP University Affairs Murdoch de Mooy says he is worried that this will reduce the transparency of Senate meetings because students have an extra step to obtaining the recordings.

“If it was moved to only being available to the minute-takers, I can understand that. But I feel that that’s not the case; it’s being moved to a location that only students no longer have access to,” he says. “Everybody else on Senate has access to it. Every single admin, faculty, staff person has access to them in KPU—just not students.”

“One of the responses that was provided [from the Senate] is that things can be taken out of context,” explains Student Senator Lincoln Saugstad. “Discussions were raised comparing [KPU] to other universities’ policies. For the most part, universities don’t make their meetings available in that way. And that’s why the minutes are there in the first place, to summarize and get the gist of what’s being discussed in an objective way where you can’t make those kind of inferences.”

In 2012, controversy arose over the subject of recording KPU Senate meetings, when then-KPU President John McKendry “ordered” former editor for The Runner Matt DiMera to delete recordings he was making while attending the meetings. DiMera later wrote an editorial in which he said that recording the Senate meetings helps attendees keep track of what happens during them and helps with the accuracy of reporting.

The Runner requested access to the recordings through the online portal on March 14, but has yet to be granted approval.