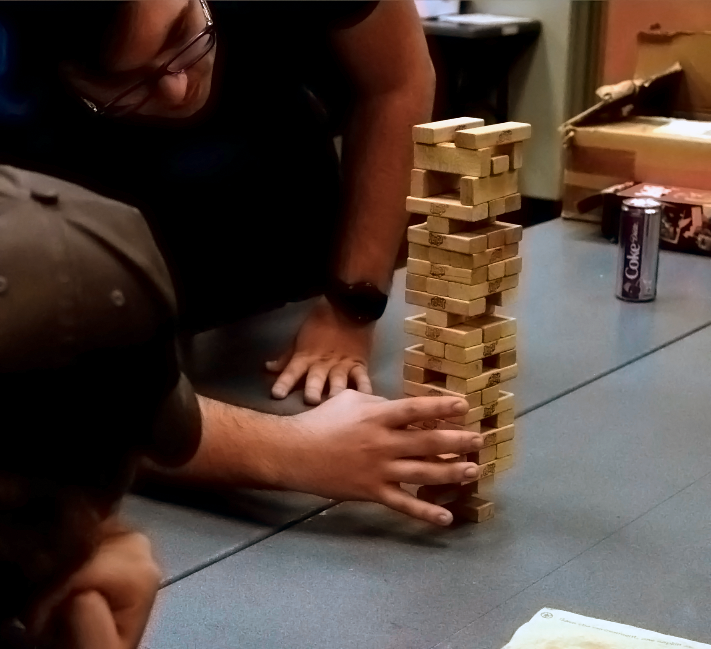 The Kwantlen Gaming Guild’s sixth annual Multiplayer Madness lived up to the hype of previous events in the series by offering students a nostalgic trip through the games they grew up playing.

All throughout the day on March 26 they poured in and out of the Cedar Conference Centre on KPU’s Surrey campus to challenge their friends in games like Just Dance, Mario Party, and Super Smash Bros.

“Essentially, we do this to bring the community together, and help destress the students around finals time,” says Ryan Saunderson, President of the Kwantlen Gaming Guild. “And the pizza is always nice.”

Free food and drinks were offered during the event, which was open to all KPU students. Video games were projected onto large screens that hung from the walls of the conference centre, while several board games and card games were played on tables set up throughout the room.

Many in attendance had never been to a Kwantlen Gaming Guild event before, but that didn’t stop them from joining in on the competitive fun. While attendance was high, Saunderson says that past events in the Multiplayer Madness series have been able to achieve even higher turnout.

“We have been doing this for six years now, and we usually have a few more people, but there was lack in marketing this year,” he explains.

Even with a lack of marketing, the conference centre didn’t experience a moment of silence during the event as students filled the room with the sounds of excitement. Those who enjoyed the event can look forward to the Gaming Guild’s other annual celebration, the Gaming Dead series, which takes place in October.