Students Campaign in Advance of Board of Governors Election 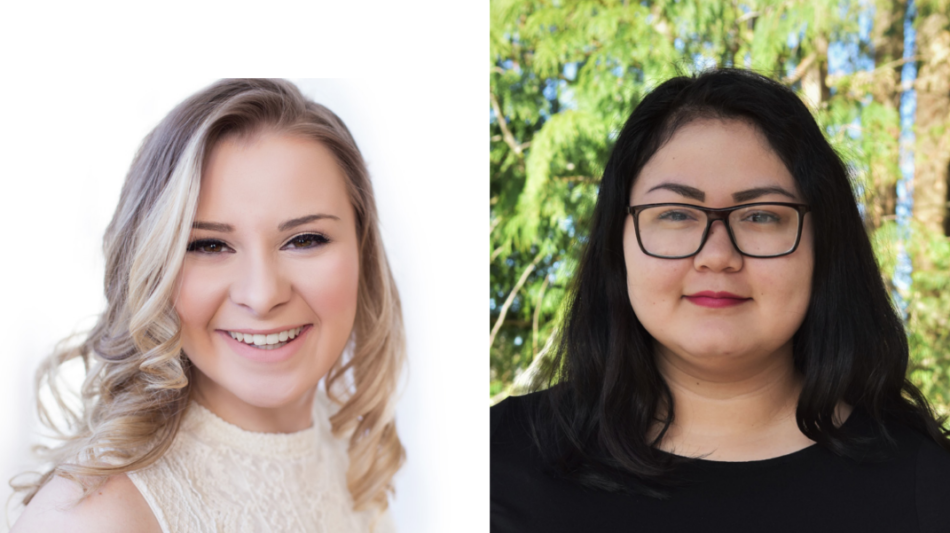 Taylor Lanthier and Samantha Jack are running for KPU’s Board of Governors. (submitted [left] and Aly Laube [right])

This April, KPU students will elect representatives to the two seats available on the university’s Board of Governors.

The campaign period began on March 11 and the election will run from April 8 at 8:00 a.m. to April 11 at 4:00 p.m. Students can cast their votes online by visiting the election website at engage.kpu.ca, and the results are expected to be announced on April 18, one week after the polls close. The newly elected students will be expected to serve a one-year term which will commence on Sept. 1.

Jack is a third-year political science major who says that, while her studies have focused on international and Canadian politics, she is looking forward to learning more about university politics as well.

“I’m Indigenous, from Stó:lō and Nuu-chah-nulth descent, so these are my traditional and ancestral territories that our campuses are on,” she says.

“When I was going through the mandates for the election, I was particularly intrigued by their commitment to implementing the United Nations Declaration of the Rights of Indigenous People, the Calls to Action of the Truth and Reconciliation Commission, and making life affordable for students,” she continues. “All of these are obviously things that I’m very interested in and I’m very passionate about, and that was kind of what led me to throw my hat in the ring.”

Jack recently founded the Indigenous Student Council at KPU and has worked with the United Nations Association of Canada to facilitate lectures in high schools across the Lower Mainland and educate students about truth and reconciliation. She also worked with Amnesty International in collaboration with other activists and advocates in her community.

“Through all of this interaction with the greater Kwantlen community, I’ve come to understand that we all enjoy working together and it’s something that is really empowering,” says Jack. “I think that we need to move forward in joining all of these separate communities into one, understanding each other and embracing each others’ interests.”

Lanthier is a fourth-year criminology student who is hoping to enter a career in law after graduation.

“I have a passion for law and politics and justice, so therefore I felt like I could use my passion to positively impact KPU,” she says.

Along with volunteering off campus as a fast pitch coach for youth, Lanthier has been a member of the orientation team for two years, working as a Senior Orientation Leader to integrate new students into the university. She also mentors newer students by corresponding with them throughout the semester to make sure they are doing well.

She believes that more initiatives for improving mental health would help students adjust to life as a post-secondary student.

“I find that, through things like talking to different students, even though they might not explicitly say, ‘My mental health is going downhill,’ you can tell by the tone of their voice and how they mention how stressed out they are by certain things … that they could use a bit of extra help in those areas,” she says. “I believe that advocating for that is really important.”

Lanthier says she also wants to work to spread awareness about KPU student services like the learning centres and the gym.

The Runner reached out to Bhatt, but did not receive a response by press time.