When Remembering Marielle Franco, We Must Reflect on What Caused Her Death 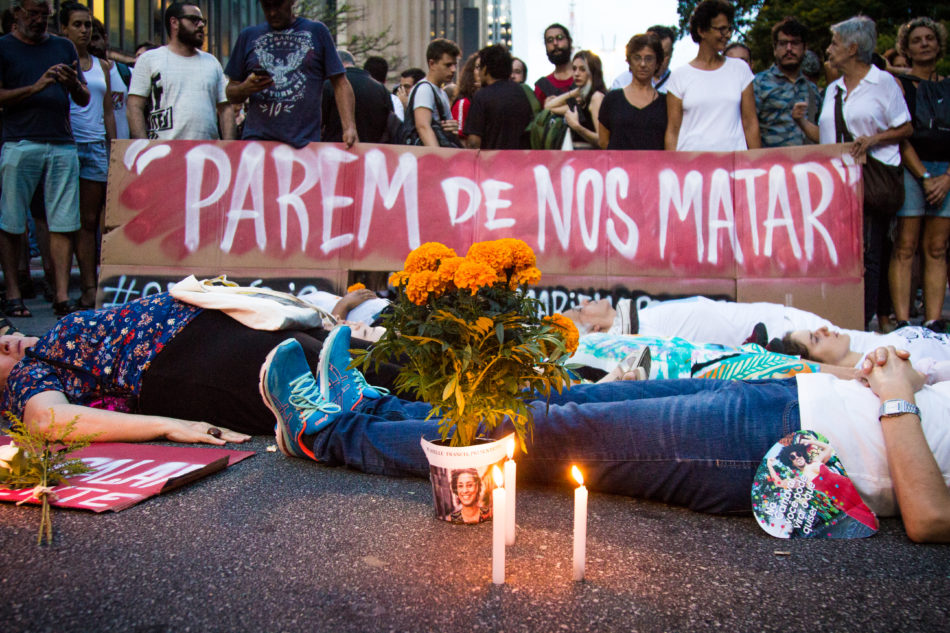 More than a year has gone by since the violent execution of Rio de Janeiro’s councilwoman and human rights activist Marielle Franco and her driver Anderson Gomes in the central region of Rio, and many questions remain unanswered.

Marielle was one of the few politicians to speak out against the militias who took control of several areas of Rio de Janeiro by openly denouncing its members and pointing to the failings of the Brazilian justice system to take effective action on the matter. We know today that her death came as retaliation for that.

She also performed an important role as an activist for the LGBTQ+ community in a country with the highest murder rate for trans people in the world. She openly declared herself a feminist, standing up for marginalized women in a country with the fifth highest rate of femicide in the world, according to a study published in 2015. Her death was a harsh blow to democracy, and it left an important gap in Brazilian politics.

On March 12, a spark of light was shed on the mystery after two suspects in her murder, Ronnie Lessa and Elcio Queiroz, were apprehended. Both of them were former cops linked to Rio’s “militias,” a popular term for paramilitary organizations involved in criminal activities.

The most important question that remains is who gave the order for the execution of Marielle and Anderson.

According to the prosecutor’s office in Rio de Janeiro, Lessa may have been warned that he would be arrested, so the police had to act to avoid his escape. The prosecution also speculates that the fact that both suspects were former police officers may explain why the investigation took so long to provide any updates about the crime to the public, indicating protection from within the police department. They also noted that Rio de Janeiro’s police already has a reputation for corruption and inefficiency—according to Lupa agency statistics, only 6.5 per cent of homicides that occurred in the state were resolved between 2016 and July 2018.

More questions were raised last week when a photograph surfaced of Lessa and the newly elected president of the Republic, Jair Bolsonaro, looking friendly together. It was further discovered that Lessa resided in the same condominium as Bolsonaro and, as part of a current money laundering investigation into his oldest son, Brazil’s federal police have already pointed out Bolsonaro’s familial connections with criminal organizations.

Bolsonaro still avoids press conferences and hasn’t made any official pronouncements on the subject. He only uses his Twitter account to vaguely deny any involvement with the crime while discrediting journalists who report on it, which he refers to as a “witch hunt” by a “leftist” Brazilian press.

This strategy of trying to discredit any and all media that criticize the government has also been used by Donald Trump by popularizing the term “fake news” in his narrative war against the American press. It is not a technique used by the ethically responsible.

More troubling than Bolsonaro’s attitude towards Marielle Franco’s case are the reactions of his supporters. Marielle, being a well known left-wing activist, was viciously attacked by the most fanatical wing of far-right digital influencers in Brazil throughout the first few months after her death. Groups such as the Movimento Brasil Livre (“Free Brazil Movement” in Portuguese) went as far as saying that Marielle had involvement with criminal factions, implying that “she got what she deserved” when she was murdered.

Ironically, all of the groups who helped fuel misinformation about the death of Marielle now refrain from using their media channels to demand answers from the president and his family about their involvement with suspects of the crime. As the investigation progresses, however, their hypocrisy becomes more and more apparent.

It doesn’t matter whether or not one agrees with Marielle’s ideals. We should all be on the same side to call for the resolution of her death and to condemn cowardly attacks against her integrity.

The best way to democratically confront the far-right groups that continue to try to tarnish the name of Marielle is to keep openly discussing the case and demand closure, whether it is on social networks or in the streets. We will not look the other way. We will not forget. We will not stop questioning. We are all Marielle.