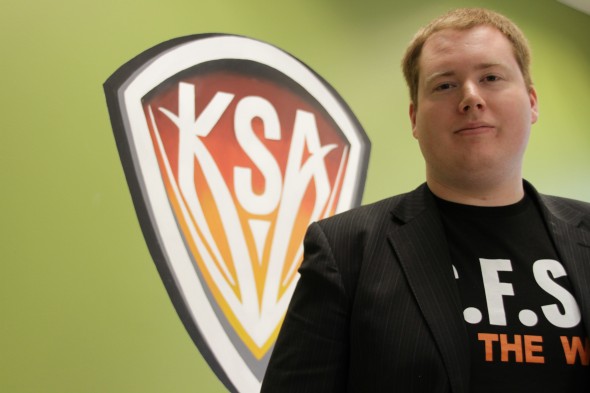 Derek Roberston, Director of External Affairs for the KSA

The Kwantlen Student Association (KSA) declared victory after winning a BC Supreme Court case against the BC section of the Canadian Federation of Students (CFS-BC) earlier this week. Students at Kwantlen who pay fees to CFS-BC, have not been represented on the CFS-BC executive for nearly two years.

According to Derek Robertson, KSA Director of External Affairs, the case was brought forward to the courts by the KSA after the CFS-BC Executive Committee refused to recognize Robertson as a director for CFS-BC as required by the BC Society Act, and CFS-BC bylaws. The case sought to have Robertson ratified as a representative on the CFS-BC executive, and to recover funds remitted (paid by Kwantlen student fees) to CFS-BC since May 11, 2008, the period at which Robertson was no longer recognized by CFS-BC.

CFS-BC’s Chairman, Shamus Reid commented on the case stating that Robertson was not acting in the best interest of the organization when he removed himself as a director to campaign against the organization [CFS-BC] and immediately sought to be reinstated as a director after. It was at this time that their board chose not to recognize him as a representative given his practice of undermining the organization.

Reid emphasized that under section 3 of the BC Societies Act that “a director of a society must (a) act honestly and in good faith and in the best interests of the society, and (b) exercise the care, diligence and skill of a reasonably prudent person.” Reid further commented that Robertson clearly did not follow this section of the act while serving as a director, as he had voted in favour of hiring a campaign manager for the KSA’s CFS de-federation campaign, and joined the “Kwantlen Students who want out of CFS” Facebook group.

According to the KSA press release, Madam Justice Brown who was ruling on the case ruled in favour of the KSA, based on the fact that the CFS-BC was in violation of section 4 of the Societies Act and their own bylaws. “The decision is that the ratification process has no power.” commented Reid. “He must be ratified if he has been selected by the Kwantlen Student Association.”

“The CFS-BC should be ashamed that it has taken a court order to make them listen to the students that they claim to represent,” commented Robertson. “Sadly, the only governance ability that individual student members have in the CFS-BC is their ability to elect their KSA representative to the CFS-BC board of directors, and the CFS-BC did everything they could to take even that ability away.” Reid said that “it’s really ignored the fact that a super-majority of it’s members felt that Robertson could not represent their interests.”

As a paying member of the CFS-BC (paid by Kwantlen student fees), the Kwantlen Student Association is entitled to have a representative act on the CFS-BC executive committee, to identify issues important to Kwantlen students, largely for lobbying purposes. As a result of the court ruling, Robertson must now be recognized as a director of CFS-BC, and costs of the case must be awarded to the KSA.