A Movember to remember 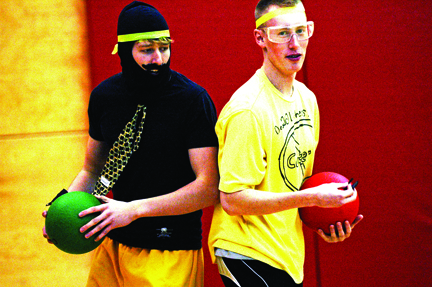 The Demolishers prepare before one of their games on Nov. 19. The Demolishers won the team spirit award and made it to the semifinal before being eliminated. Kyle Benning // The Runner

Kwantlen Polytechnic University’s finest folk congregated at the nest that is our Surrey gymnasium on Nov. 19 to take part in what would go down as a giant success of a charity dodge ball tournament.

All November long the recreation department at Kwantlen recruited participants to take part in Movember.

Movember is a charitable organization that supports the fight against prostate cancer through the self-titled, month-long event.
Participants are asked to grow a mustache all through the month of November to show their support.

In order to raise money, the recreation department charged an entry fee for each team participating in the Movember dodge ball tournament. In the end, 16 teams entered to raise funds and awareness for prostate cancer research.

The tournament was very successful as it packed the Kwantlen gym with both teams and spectators.

The two hour event ended with an exciting finale between Team McCulloch and Team McNiel.

Coincidentally, both teams were dominated by players from both of Kwantlen’s varsity soccer programs. 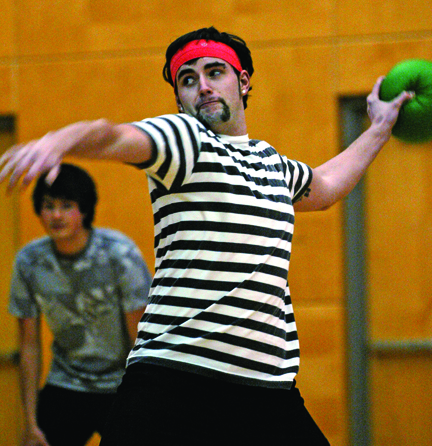 Mike Streeter winds-up to throw a ball in the Movember dodge ball tournament on Nov. 19. Kyle Benning // The Runner

The final match was close but team McCulloch gained the upper hand in the end, taking the victory by two players.

Tournament coordinator John Stewart said, “The tournament went really well, I think we’ll do it again in the spring. We’ll definitely have to do it again next year.”