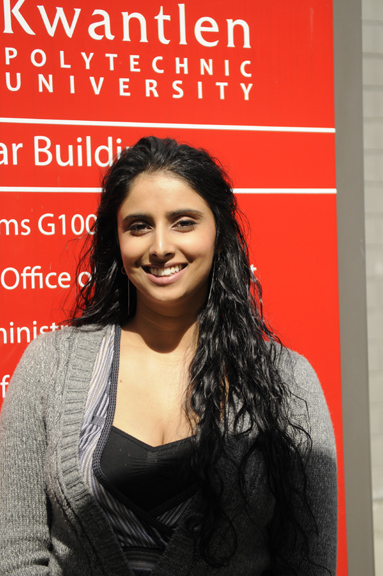 The Runner’s investigations have uncovered that Justine Franson, the KSA’s current director of operations, was formerly known as Justine Takhar. Investigations have also revealed that Aaron Takhar has a sister named Justine.

Nina Sandhu, the KSA’s current director of finance has also gone by the names Nina Kaur and Balninna Sandhu. Aaron Takhar is known to have a cousin named Nina Sandhu. Sandhu refused to comment when asked by telephone whether she was Aaron Takhar’s cousin or if she had any personal relationship with him.

The KSA filed a civil lawsuit in the B.C. Supreme Court in 2008 against five former members of the Reduce All Fees (RAF) party, including the onetime director of finance, executive adviser and group leader Aaron Takhar.

Takhar and the RAF party took control of the KSA in 2005 and held power until they were ousted in a court-ordered election in October 2006.

The KSA’s lawsuit alleged that Aaron Takhar and his RAF slate misused more than $2 million in student fees to commit mismanagement and breach of fiduciary duty.

That lawsuit was recently put on an indefinite hold after the current executive board took office April 1, 2011. On the first day of their term, the executive board of directors (EBOD), including Franson and Sandhu, fired long-time KSA lawyer David Borins and his firm Heenan Blaikie. They directed Borins to “cease all activity pertaining to the RAF case until further notice.” They also instructed him “not to schedule a date for the case management conference until further notice.” Surrey campus director Harman (Sean) Bassi was also present during the April 1 in camera session.

At that meeting, the executive designated Franson to “be the sole liaison with KSA legal counsel and represent the views of EBOD [executive board of directors] to legal counsel and report back on any issues.” They also decided that if any council members had legal concerns they were to direct them to Franson.

In a later interview with The Runner, the director of operations and then-chairperson Franson maintained that the change in legal representation was due to a conflict of interest with Borins and former general manager Desmond Rodenbour, because the two had attended the same high school and university. At the time, Franson made no mention of any possible personal conflict of interest.

In the same interview, Franson suggested that there had been “a lot of frivolous spending” on legal matters by previous boards and staff, as well as a “lack of transparency.”

In response to a request for comment, Jaspinder Ghuman, the KSA’s director of academics replied to The Runner by email: “You are free to publish any story that is based on fact. If it is not based on fact the KSA will take appropriate action against individuals and/or the Runner. Please be fully aware of this.”

Franson and the two other KSA executives did not respond to email requests for interviews by the time of this posting.  Only current chairperson and director of external affairs Bobby Padda showed up for the scheduled weekly executive board meeting  Friday, July 29.

More details to follow as the story breaks. Read the upcoming (the print edition has been moved back to August 16 due to continuing developments with this story) print edition of The Runner for the complete in-depth story.

Correction regarding Aaron Takhar: Incorrect information appeared on p. 4 of the August 16, 2011 paper issue of The Runner and August 15th online article.  The lawsuit by the Kwantlen Student Association against Aaron Takhar and others, commenced in 2008 and recently again in the news, does not include allegations of fraud or theft.  The allegations against Mr Takhar in the lawsuit are for wrongful financial transactions and breach of fiduciary duty.  The Runner retracts the incorrect references and apologizes for the error.