The KSA’s director of academic affairs had his hours cut almost in half after he failed to submit written reports to four successive meetings of council and the executive board. 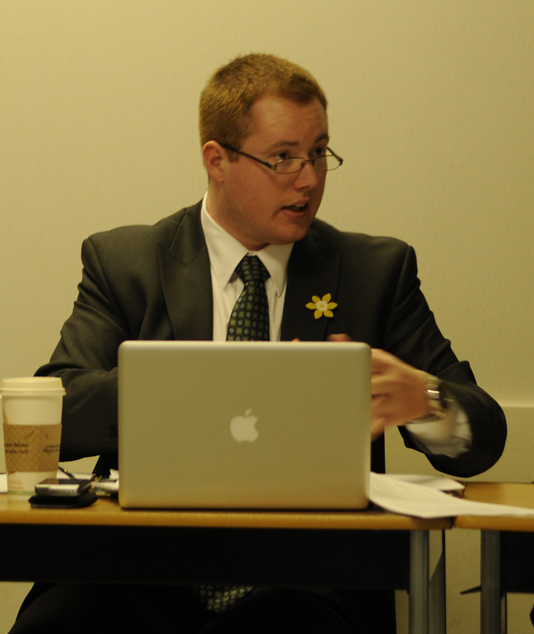 Student senate representative Derek Robertson argued to cut the KSA’s director of academic affairs’ hours after he failed to report on his portfolio. MATT DIMERA / THE RUNNER

When asked by a council member what he had been working on since taking office April 1, Ghuman was unable to provide any substantial response.

Council voted by a two-thirds majority to cut his hours down from 35 to 18.5 per week. The motion specified that the cut would stay in effect until he submitted a report.

The motion was moved and seconded by student senate representatives Christopher Girodat and Derek Robertson, and was passed at the June 17 meeting of council.

“I don’t think we should be paying somebody’s full hours if we have no idea what’s happening in the portfolio,” argued Girodat.

“He is accountable to council for his work and therefore must report to council on what he’s doing,” said Robertson. He further criticized Ghuman for not attending any Kwantlen senate or board of governors meetings as required by the KSA’s newly-amended regulations.

Robertson attempted to amend the motion by reducing Ghuman’s hours to zero, but failed due to lack of a seconder.

Nina Sandhu, the director of finance, spoke on Ghuman’s behalf, admitting that not many academic appeals had come in.

“He did deal with two appeals, one of them I helped him with,” said Sandhu. “There was work done.”

According to members of the executive board, Ghuman submitted a report within hours after the motion was passed, so his pay was never actually cut.