Where did my youth go?

They’re definitely not at the voting booth. 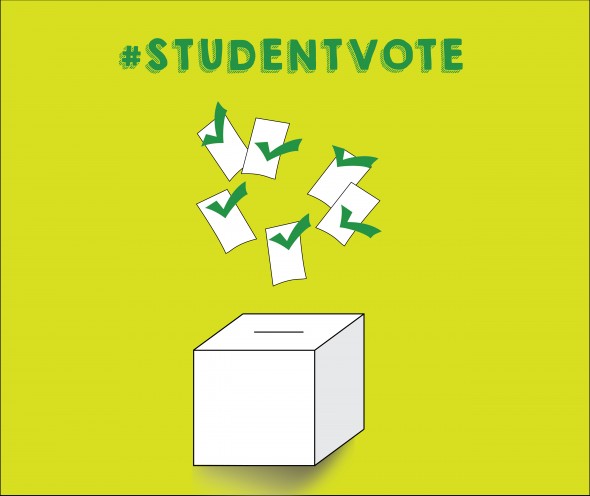 The youth inherit this world one retiree at a time. But it’s hard to say how they’ll shape their future when they have the lowest voter turnout of all Canadians.

Voters throughout B.C. will cast their ballots for their municipal elections on Nov. 15, and then in 2015, the process will happen again for the federal election. In both elections however, youth will likely be politically underrepresented. Many issues exist for Canadian youth: student debt continues to rise like tuition, it’s harder to own homes and it’s harder to get job training.

Ann Rees, a journalism instructor at Kwantlen Polytechnic University researching political communications for her doctorate degree, says that politicians should concern themselves with these issues. But she says, “[They go] on the backburner,” because politicians can’t expect a strong youth vote.

“The youth vote is obviously a problem,” says Rees. “Not enough youth vote, and that’s a problem because politicians are looking for individuals who they can count on to vote, and they tend to tailor their policies to those groups. Because so few young people vote, many of the issues that are of concern to young people are not part of the ‘issue packages’ that politicians are concerned about. So [youth] are not being represented in the way that they would if they were a strong group of voters. They’re losing power and losing influence in terms of what politicians could do for them.”

According to an 2011 Elections Canada report, the turnout from voters 18 to 24 years of age was 38.8 per cent. The highest turnout percentage was 75.1 per cent from voters 65 to 74. Youth participation increased slightly in 2011, but still, youth generally vote at a lower rate than older electors.

With the background of teaching many students, Rees says many younger voters can’t identify with politics, and that they feel it’s personally irrelevant. “I think that’s probably the truth,” says Rees. “If you don’t vote, if you’re not a group that can be targeted for votes, then nobody is going to cater to you and be concerned about your issues.”

“Most people think it doesn’t matter to them or they shouldn’t care, which is totally false,” says Eli Roy-Brown, a 20-year-old entrepreneurial leadership student at KPU. “[Youth voters] should have a big say in what’s going on. Maybe the older generation doesn’t have an idea of what’s going on in the future.”

The KSA’s recent Move Our Cities campaign, an initiative to improve regional transit south of the Fraser, involves encouraging people to vote for councillors who want to promote the Surrey Mayor’s vision for improved transit. In the initiative’s press release, Lar-Son says transit is a resource that students rely on, and this campaign could be a way to bolster the youth voter turnout and voter turnout in general.

Lar-Son adds that education is crucial to the electorate’s informed, involved vote. She says that despite the lower youth vote, a higher participation exists among youth in post-secondary institutions.

“We need to educate people,” says Lar-Son. “And how do we educate people? Well, we have them all in elementary and high schools from the age of five to the age of 17 or 18. Why are we not educating them more about the voting process at that time?”

Rees suggests that it could take the optimal candidate to draw the youth vote.

“[Justin] Trudeau has probably more appeal to a young vote than others and is particularly adept with social media, and so maybe that will make a difference,” says Rees. “Obama did make a difference, and far more youth turned out to vote for Obama than had turned out at previous elections. It’s possible that if the right candidate comes along, that we will see more young people voting. And I hope that’s true, because I think that there are a lot of issues that are important to young people.”

Rees adds that it takes engagement for politics to become relevant at the individual level, and that if people are without investment, without meaning, or without attendance, then people won’t be reflected in politicians’ interests.

“You can’t really complain if you don’t vote,” adds Roy-Brown. “Maybe we should think a bit more about what’s going on in the future instead of looking at our phones.”