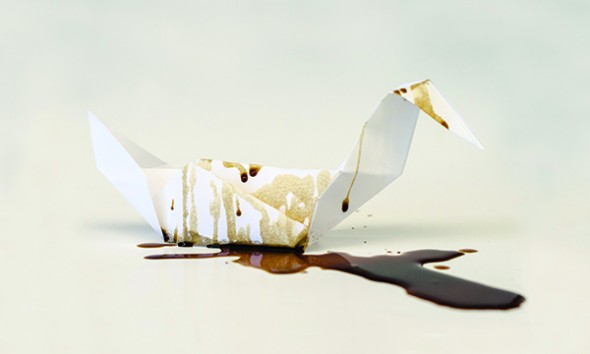 KPU students, alumni, faculty and community members have mobilized against a new memorandum between KPU and Trans Mountain Expansion Project.

Students aren’t impressed. The memorandum would see TMEP contribute $300,000 in scholarships over 20 years—if the pipeline expansion is approved. The Kwantlen Student Association rejected the agreement, calling it a “tacit endorsement of the pipeline project.”

“I was frustrated, as an alumni with my degree coming from Kwantlen,” says Justine Nelson, who is associated with anti-pipeline faction PIPE UP. “I was disappointed that my school would take money from Trans Mountain.”

“KPU should have consulted with students and the community before entering into this agreement,” said KSA president Allison Gonzalez in a press release.

PIPE UP organized a meeting the day after the KPU and TMEP press conference. Attendees concluded that they would begin pressuring the university, potentially by voicing themselves at the next meeting of the President’s Diversity and Equity Committee.

“The best case scenario is that the memorandum is rescinded,” says Alex McGowan, vice-president external for the KSA. Besides talking to PDEC, McGowan says there’s a plan to meet with the faculty of arts council, among other university groups. He adds that it’s necessary that it is known what legal action can be taken so that it is clear what the university can realistically be asked for.

Meanwhile on Facebook, incoming KPU Board of Governors student representative Jessica Lar-Son says she is “working with Dr. Davis and Dr. Ferreras to find a time that works for both of them to participate in a forum with students and community.” It’s tentatively being scheduled for next week.

“One thing I know about the administration at KPU is that they’re always willing to listen to students,” says Lar-Son. She’s confident that KPU president Alan Davis and provost Salvador Ferreras will listen. But Lar-Son says that she “just can’t speak to what they’re going to do after that.” She’s unsurprised that the university accepted this memorandum, considering the recent cuts to provincial post-secondary education funding.

“I would imagine they would have offered more,” says Lar-Son, adding to the criticism that the university sold out for so little. “And not tied it to something like a pipeline that everybody knows students, and particularly the Kwantlen First Nation, are opposed to.”

Brandon Gabriel Kwelexwecten, spokesperson for the Kwantlen First Nation, sent a letter of support to the KSA, PIPE UP, KPIRG, and the KPU community, which emphasized that KPU’s carrying of an Indigenous namesake should “not be taken lightly.”

“Our community has worked hard, and continues to work hard at trying to maintain an authentic collaboration with [KPU]. This move flies in the face of that so-called collaboration.”

The Kwantlen First Nation concluded the letter by stating that they will take a stand against the decision, and stand in solidarity with the other community groups who are in opposition to the memorandum.

The KFN and KPU have already had a difficult relationship this year, when Prime Minister Stephen Harper visited the institution in February and failed to invite the First Nation. Davis met with the KFN to discuss what had happened, explaining to The Runner that it wasn’t really KPU’s show and that they were there to welcome the Prime Minister.

“Part of my job is very interesting, because it seems like every week I stumble across a situation that I’ve never encountered before,” said Davis at the time. “And who would know what to do? The best you can do is to try and do the right thing, go with the flow to some degree, and then learn from it and know for the next time.”

Ferreras told the Surrey Leader that he has “no ethical qualms” with signing a benefits agreement, and that the university has no position on the pipeline.

“I think there are ethical qualms from taking money from an organization that is piping oil out of the tar sands,” says Nelson.

The June 24 meeting resolved to include many other groups to help support the initiative against the new memorandum.