KSA office and space renovations cost about $800,000 so far 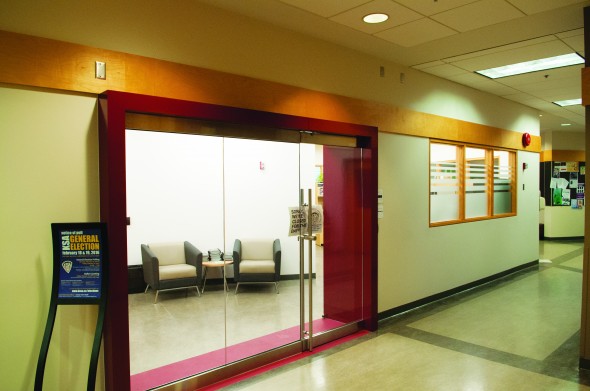 The Kwantlen Student Association has spent approximately an accumulated $800,000 across all four campuses on student association office and space renovations, according to Dec. 2015 budget actuals.

These costs are part of several ongoing renovations on KSA spaces across all KPU campuses, renovation costs incurred since at least 2012. Student association president Allison Gonzalez says that many of the spaces had not seen much work since the 1990s and that students were not often using them.

KSA vice-president of finance Waheed Taiwo says the KSA has spent around $210,000 on Surrey campus and about $60,000 in upgrades on Richmond campus according to unaudited figures. He adds that they’ve also spent up to $140,000 in Langley and $80,000 on the Cloverdale campus.

The Surrey campus costs were more expensive because much of the KSA’s service infrastructure is on Surrey campus. Some other costs include the hiring of a project manager from the university, who has been on payroll for about two years.

Since the upgrades, Gonzalez says the KSA spaces have become more popular. The student association has added new furniture in the Richmond campus KSA lounge, for example, and relocated some of its older seating arrangements to other spots on Richmond campus, like outside the library.

Taiwo says that audited figures, on these projects and more, should be available in late March, in time for presentation at the next KSA annual general meeting.